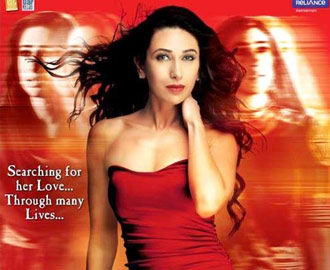 One would have expected Karisma Kapoor to make her comeback with established stars. But the case is different with "Dangerous Ishq". She says it's because the movie required actors with no image.

Karisma, 37, who is appearing on the big screen after a gap of five years, says the audience, her family and friends led to her returning to films.

"I have a life beyond movies and I have done the film because the audience, media, family and friends, everyone told me to do a film. I am just excited, more than anything, that the audience will get to see me again on the big screen," said Karisma, who took a sabbatical from work post-marriage to Delhi-based businessman Sanjay Kapur in 2003.

Directed by Vikram Bhatt, "Dangerous Ishq" has been shot in 3D and hits theatres Friday. In the movie, Karisma plays a supermodel, who undergoes past-life regression.

Ruslaan Mumtaz: When 'Yeh Rishtey Hain Pyaar Ke' was offered to me, it ...

My character has a lot of layers: Ruslaan Mumtaz speaks on Yeh Rishtey ...