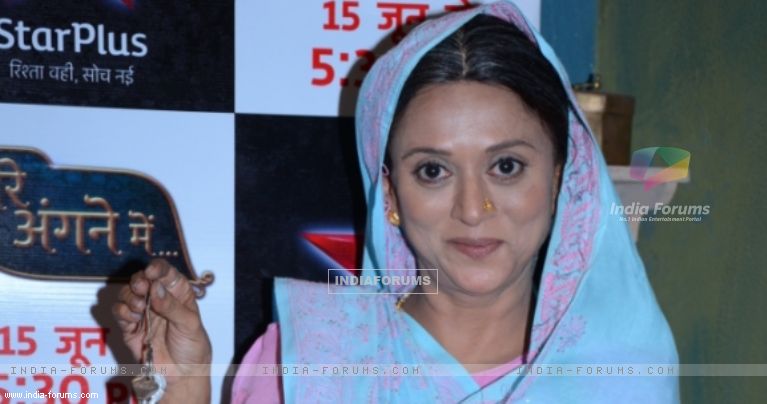 Actress Krutika Desai, who has shot a dance sequence for the show "Mere Angne Mein", says dance rejuvenates her and she enjoyed doing something "out-of-the-box".

In the show, Krutika is seen in the role of a matriarch named Shanti Devi Shrivastav. She surprised the cast and crew of the show by agreeing to give an impromptu dance performance on the song "Banno tera swagger" as part of a pre-wedding ceremony in the ongoing track of the show.

"Dance has always been a rejuvenating factor for me and I think that it has nothing to do with age. A child and an adult can have the same level of joy and excitement while dancing. For me I always try to do something out of the box which surprises people and thankfully it has always impressed everyone," said Krutika.

Usually carrying a sombre demeanour because of the nature of her character, Krutika shed all her inhibitions and went all out while dancing to the peppy song.

Since she was dancing after years, the "Uttaran" actress ended up with a muscle pull in her right leg, but completed the dance sequence, giving her best shot at it.

"Mere Angne Mein", which is a show based on clash of ideologies and opinions, airs on channel Star Plus. It also features actors Varun Badola, Suchita Trivedi, Ekta Kaul and Karam Rajpal.

+ 4
5 years ago the dance sequence I found hilarious I dnt knw what is worse the singing or the dancing in the show. and love karam rajpal