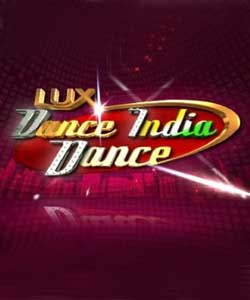 It's 'Chance Pe Dance' that is the Wild Card round this week in Zee TV's Dance India Dance Season 2.

Friday's episode will see a total of 16 contestants performing, of which 10 will be the already evicted participants; four from the stand by's selected by the Grand master Mithun Da, and two others who will enter the Wild Card as Mentors' Choice.

According to our source, "The ten evicted contestants who perform for one last time in the Wild Card round will be Shruti Basakhatre, Altaf Nadmal, Dharmesh Yelande, Bhavna Khanduja, Meenu Panchal, Naresh Singh, Tina Paradkar, Ameeth Kumar, Parvez Rehmani and Vandana Joshi. Melwin and Sajan were in thro' Mentors' Choice while the 4 Stand By contestants were Altaf Bhatt, Amrita, Jack and Farheena".

Saturday's episode will see two contestants each from Remo, Terrence, Geeta and Mithun Da's teams getting nominated and they will bow out of the competition. With this, the second season of Dance India Dance will get its final 8 contestants who will appeal for public votes in Saturday's episode. Based on the public voting, four of them from this final 8 will be selected, and the names will be announced next week.

As per our source, "The eight contestants who have made it to the Final 8 are Sajan, Bhavna Khanduja, Dharmesh Yelande, Amrita, Jack, Vandana Joshi, Parvez Rehmani and Altaf Nadmal".

Next week's episode will see Deepika Padukone and Farhan Akhtar as celebrities.

In any event I don't see the dance being performed in DID. It is more of acting or mere dance play on the stage.

Infact the whole program is a planned all episodes are planned and the judges are just pupppets the entire thing is planned by the creative director for who goes out and who stays in its a money making machine by cheating people on the votes,

The biggest thing is that dramesh sir was out so that he can get votes and the channel makes its money when he was out so called geeta ma which she is not just acts like one said you will be back and when he was selected in the top 12 she said i did not accept that you will be in Dsir come on stop fooling us it's a shit show once you know its all planned.

+ 2
12 years ago so happy vandana n parvez made it...hope they come back in the final 4 to the competition

12 years ago are deepikan farhan comin 2day or nx week

+ 3
12 years ago cool cant wait to see the wildcard entries and their performances :)

+ 2
12 years ago Can't wait for the episode...I am happy with the 8 WC entrants selected...now just hope the more deserving stay...