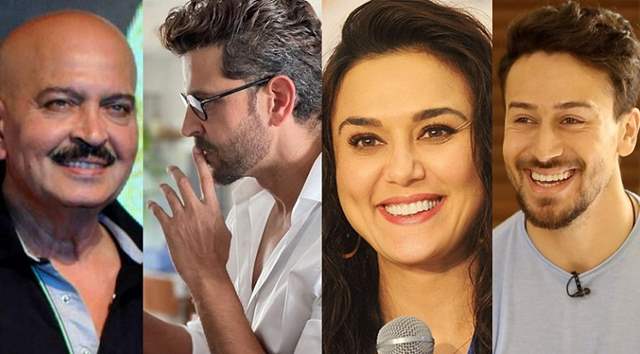 Hrithik Roshan always create a storm every time he shares a picture of himself on social media. The actor recently shared two photos on his social media page.

In one photo he can be seen looking at the laptop screen with too much concentration as if engrossed in something really important and in the other photo he can be seen giving his fans a glimpse of 'his work from home' moments wherein he was shooting for an advertisement at his residence.

In both the photos, Hrithik is looking nothing less than a Greek God with drool worthy looks.

In the pic where he can be seen all engrossed in his laptop, he captioned it, "Don’t be fooled by the serious face. It’s a menu.  #itakemyfoodveryseriously #missinmysamosas"

But, it seems his fans and friends can't believe his claim in the caption that talks about the actor's love for samosas.

A fan commented on the post as if not convinced by the actor's claim, "You want us to believe u eat samosas." The Krrish actor replied to the fan, "Is there anything better?"

Another fan commented, "That nose is so sharp, it could actually cut the potatoes for your samosas." This also earned a reply from the actor who wrote, "comes with collapsible nostrils."

Another comment read, "AND YOU ARE THE MEAL!", to which the actor replied with a mouth open emoji. 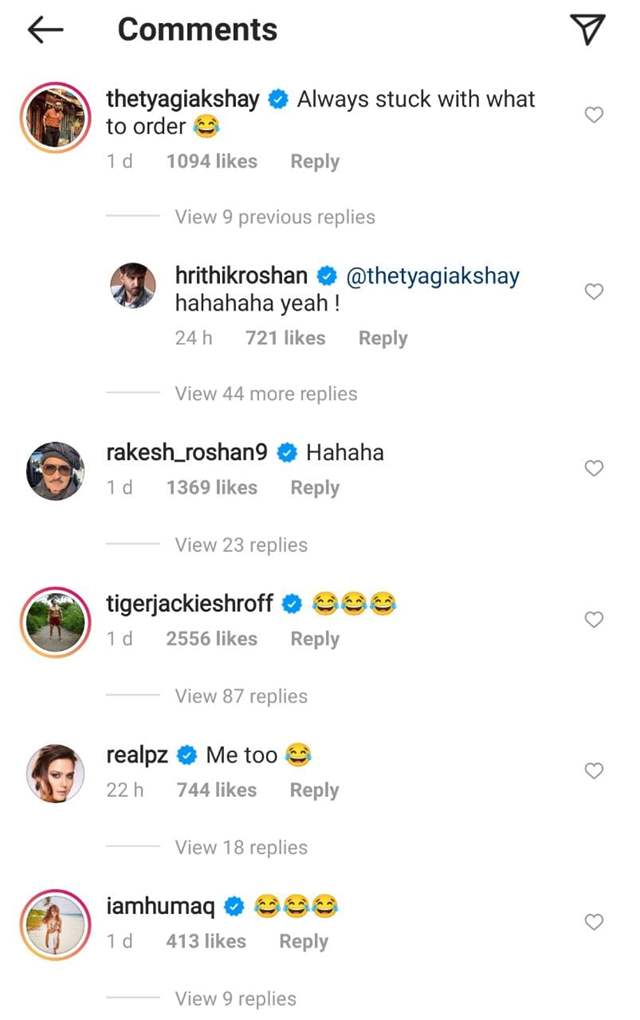 The actor is said to be much disciplined with his diet. However, a throwback to an episode of The Kapil Sharma Show where Hrithik had professed his love for samosas.

It was his actually his first cheat meal post the strict diet he had to follow for War. In his previous tweets as well, we have seen him express his love towards samosas, something he can never compromise on!

On the work front, the actor will now reunite with War director Sidharth Anand for their next, titled Fighter. He would be starring alongside Deepika Padukone for the first time.