View Profile
After the Box Office hit Dabangg, director Abhinav Kashyap is now planning to write a story with another super Khan is mind - Shahrukh Khan!
After a secretive meeting that was recently held between the two, buzz is that SRK not only plans 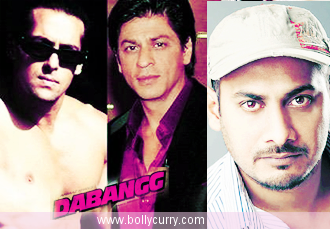 to act in the film but produce it too. However, the project may have to wait a while as director Kashyap is currently busy with the sequel of Dabangg.
Salman Khan is persistent that the sequel of Dabangg should be completed as soon as possible so that the audience can remember the freshness of the character, Chulbul 'Robin Hood' Pandey. This has left Kashyap in a bit of a pickle as the director is excited to work with SRK but managing both projects together will entail juggling a highly busy schedule.
Currently, both SRK and Salman's projects are in the writing stage. What troubles Kashyap now is choosing which film to begin working on first. There also the given fact that with both Khans engaged in a cold war, neither actor wants their film to be delayed because of the other.
While Kashyap claims that neither project will suffer due to the other, it remains doubtful as to whether he will be able to pull it off. The director may be excited to work with King Khan, but he doesn't want to spoil his relations with Salman whose faith in him helped to make his debut venture the huge success it is today.
However…
There are rumors that claim that during the making of Dabangg, the director wasn't too happy with Salman's interference. Kashyap believes that by working with SRK, he'll be given the freedom to have the entire process under in his control.
Are these just more rumors? Is this the start of another Khan war at the Box Office? What do you think?

'Ishq Mein Marjawan 2' Actor Muohit Joshi To Debut as a ...
18 minutes ago

Fukrey 3 Team Kick-starts their Work ahead of Shooting; ...
45 minutes ago