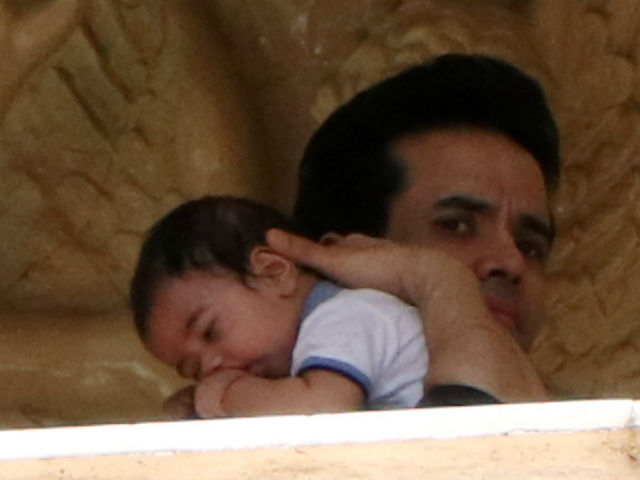 Actor Tusshar Kapoor has shared a cute photograph of his father and veteran actor Jeetendra holding his son Laksshay.

Tusshar on Saturday took to Twitter, where he shared a photograph of Jeetendra holding baby Laksshay in his arms. The grandfather and grandson duo can be seen in sync as both are seen sporting stripes.

Tusshar captioned the image as:

Tushhar, who is single, in June announced the arrival of his son, through IVF and surrogacy.

The IVF treatment was led by Firuza Parikh, Director of IVF and Genetics at the Jaslok Hospital and Research Centre.