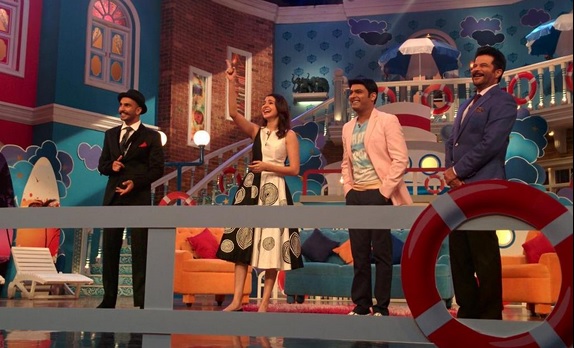 As noted Color's Comedy Nights with Kapil has become the most preferred platform for the promotional activity be it for films, sports or other things.

The upcoming film that is ready to be seen for promotion on this comedy show is Dil Dhadhakne Do.

As we have seen a backdrop of a cruise trip in the film Dil Dhadakne Do. The set will also be given the look of a ship along with painted clouds and similar decor.

The actors that have shot for the episode are Anil Kapoor, Ranveer Singh, Priyanka Chopra, Anushka Sharma and Shefali Shah.

Indeed with such brilliant actors, the episode seems to be fun filling one!