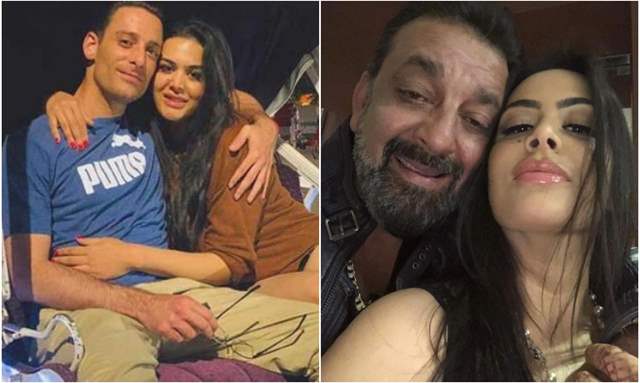 Sanjay Dutt’s daughter Trishala Dutt lost her Italian boyfriend on July 2, 2019. It’s been a year to his sudden death and Trishala took to social media to pen a heartbreaking note as she misses her late beau.

Taking to Instagram, Trishala penned a long and emotional note on how she grieved over her late boyfriend’s death for a year and her breakdowns. She began by writing how losing her mother Richa Sharma did not prepare her for another big loss.

Trishala is Sanjay Dutt’s daughter from his first marriage to the late Richa Sharma.

“Today marks 1 year since the ground beneath me seemed to crumble and my life changed. I’ve done a lot of grief work—from talk therapy, to joining specific support groups & being more intentional with how & who I spend my time with. I’ve also been somewhat absent from social media over the past year. Losing my mom at the age of eight & working through that for over two decades, surprisingly, did not prepare me for losing this beautiful soul,” Trishala wrote in her post.

She added that she quit her job in New York as she was mentally disturbed and had any public breakdowns as well.  “In the past year I’ve cried to a point where I’ve ran out of tears. I had to quit my job because how could I take care of someone’s mental health if my own was a disaster? I’ve had several public breakdowns where strangers have come up to me and asked if I needed any assistance. I’ve also eaten everything in sight and gained 30lbs (13kg),” she added.

However, Trishala is standing strong and is hopeful that she will recover from the loss. "But it’s fine. It happens. Its the process, and it’s nothing I can’t fix once I’m in the right mind-set (and I’m happy to share my mental health and physique has gotten so much better!) Also, I’m not ashamed to admit it’s because of an amazing therapist, support groups, and 3 beautiful friends. Everyone processes loss differently, and there’s no right way to do it,” she wrote.

The 33-year-old star kid also mentioned that she still has her late boyfriend’s belongings to remember him.  “I have text messages and handwritten notes. I still have his toothbrush, listen to some of his favourite songs/artists, and have his T-shirt that smells just like him. I’m beyond grateful for the time we had together,” she concluded. 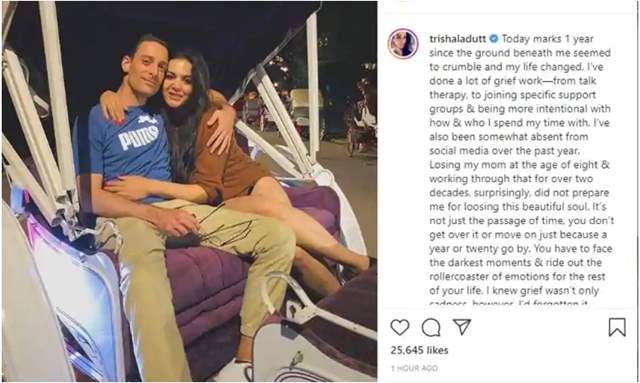 Mohit Kumar: Surviving in Mumbai without work is tough; it's ...
36 minutes ago