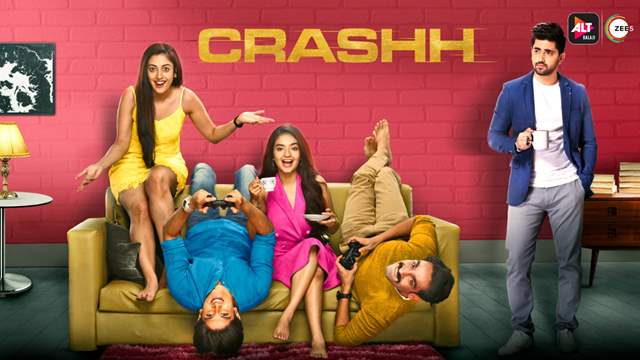 2020 has been an exciting year for the digital space, and like every year, ALTBalaji left no stones unturned when it came to entertaining its viewers all year round with its clutter-breaking content. Adding to it, ALTBalaji and ZEE5 are all set to launch some fantastic shows in the New Year and to start with, they have released the poster of their new offering ‘Crashh’. The first look of the upcoming web series featuring popular actors like Zain Imam, Rohan Mehra, Aditi Sharma, Anushka Sen, and Kunj Anand is out now.

ALTBalaji unveiled the ensemble cast poster of Crashh on its social media platforms with a post that states “One crash, four siblings and a story of destiny. It’s true when they say, what’s meant to be will always find a way. A story of brother and sister; love and emotions! #Crashh streaming February 2021 on #ALTBalaji.”

+ 2
1 months ago Ekta is recycling her own old shows. lol. Reminds me of "Kahi toh milengey", used to air on Sahara one