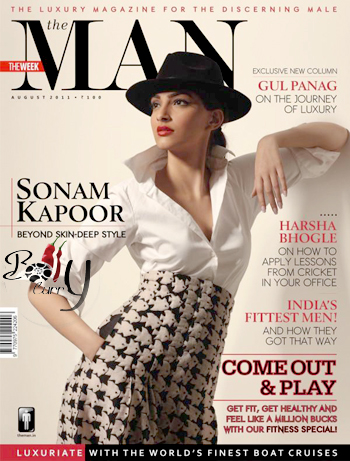 A lady gracing a mens magazine? Well, this lady is none other than the Tinsel Town's fashionista, Sonam Kapoor!
Dressed in a white shirt with embroidered pants and a cool black hat, this stylish actress sure knows how to catch attention! Not to mention the seductive gaze which more than completes the look.
The August issue also features more about Gul Panag's trip and the fittest men who lives in India amongst much more.

Hathras case: Kangana Ranaut says 'Have immense faith In UP ...
47 minutes ago