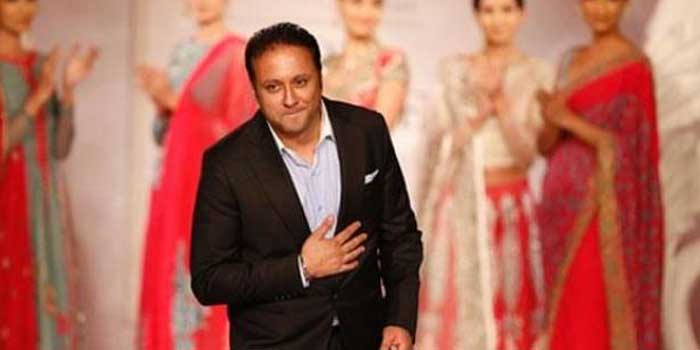 Designer Varun Bahl says he couldn't say no to Onir when the filmmaker asked him to play a role in his film "Shab", and is open to play more roles on screen.

"Onir is a dear friend of mine. He had requested that I do the role, and I could not say no," Bahl, who played himself in the film, told IANS when asked as to what prompted him to make his acting debut with "Shab".

"If the right opportunity presents itself, I would be open to exploring such appearances," he added.

Bahl is best known for blending the classic with the contemporary, the antique with the new and innovative use of fabrics to create a dreamy love affair for today's kind of customer. His timeless floral embroidery and prints have remained his focus in his collections.

He is ready to showcase another collection at the forthcoming India Couture Week (ICW), to be held here from July 24-30.

Talking about his line, he said: "This year, my showcase at ICW is a beautiful blend of contemporary art along with dreamy textures. The show will extend beyond the visual manifestation of fabrics and the intricate designing, to an aura of sheer elegance and cultural confluence, and wrap the audience in a sense of artistic escapism."

The designer takes inspiration from the Art Nouveau period to create a series of vintage floral stories. Through his designs, this couturier aims to enhance the feminine beauty of the modern woman who revisits her tradition for a combination of classic and contemporary styles with exquisite craftsmanship.

He feels that couture over the years has seen a drastic transformation.

"Couture, from a technical aspect, stands for heavy bridal wear. Brides are now getting more and more artistic and delicate in their choice of wedding outfits. They are now choosing styles that are modern and out of the box. Earlier, couture would ideally mean something that is of standard embroidery mixed with a certain kind of fabric.

"The Indian couture industry is mainly built upon its rich base of Indian culture and heritage which widely reflects in the design, embroidery and outlook, which is what makes it different from that of the West," he said.

He also feels that the fusion of western silhouettes with bridal wear is a great deal.

"It looks out of the box with intricate embroideries. All designers in India are now inclined towards doing something that further intensifies their vision and what they stand for, hence, they are now venturing into contemporary and newer styles and designs.

"Today's women are always on the look-out for fashion forward pieces and this is what inspires designers to keep innovating and re-evaluating the Indian style of couture with subdued influences from around the world to enhance their offering and bring India to the frontier of couture globally," said Bahl, who is going to showcase his collection on July 28 at ICW.

Other than the fashion week, the designer has "a lot on my plate which is keeping me on my toes".