Surprised and elated at the unexpected break that this very talented actor got in Dharmesh Darshan's 'Bhanwra', Manav Gohil tell us about the film, the characters, and his future in TV and films. 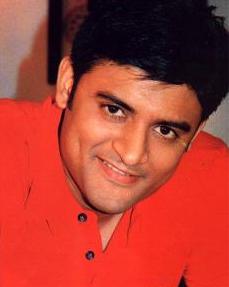 Featured Video
Tell us something about the film.

It’s a romantic thriller called Bhanvra. It’s a story of four people and their relationship with each other. ( The other three are Ejaz Khan, Sangeeta Ghosh and Shweta Salve).

Tell us about the character you play.

My character’s name is Aman, and I portray a rich, cool dude. I cannot go into details right now, but it’s a very normal character going through his share of ups and down as is normal for any person.

Who is the female lead opposite to you?

The story is not that simple as in one good guy and one good girl and one bad guy or one bad girl. All four are closely connected to each other as they are friends. But yes, there will be a love interest, and I suppose it’s Sangeeta Ghosh who will provide the love angle for my character.

When do you start shooting?

We start shooting day after tomorrow. The first schedule is in Mumbai itself.

Are you going to shoot abroad?

In December, we are supposed to shoot in Australia.

How did you get the role?

Being in the comfort of television, I never really marketed myself in the film industry. But Dharmesh Darshan ji (of Raja Hindustani fame) was looking for actors within the TV fraternity who are good, and I guess he got some good references for me, and he gave me a call. To be honest, I was skeptical in the beginning, but he signed me on during our second meeting itself.

Who is the music director of the movie?

The music will be by Nadeem Shravan and lyrics by Sameer.

When is the film going to be released?

Sometime in the middle of next year I think.

Now coming to you, what was your first reaction when you first got the film?

I was so surprised, that for the first couple of days, I could not even react. I could not believe that I had actually signed on a film. My lack of reaction actually unnerved Mr Darshan so much that he thought I was not interested! That’s when I told him that far from that, I am just trying to let it sink that I am finally doing a full fledged film with someone as respected as Dharmeshji. To be frank, over the years, one gets cautious when one is suddenly given an offer like this out of the blue – big banner, a successful director, good music, engrossing story. I could not have dreamed or asked for a better break. 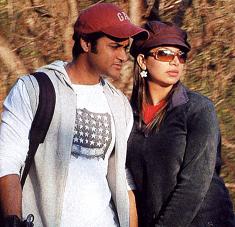 How did Shweta react?

She was thrilled, and she was the one who helped me get into the mode and make me realize that I was actually doing a mainstream cinema.

So does this mean curtaians for your TV career?

Not by a long shot! Obviously, I would not be able to do any daily or weekly soap as of now, but as they say, never say never. TV is today by far the biggest medium of entertainment. If Amitabh Bachchan or Shahrukh Khan could reach out to the audience via TV, if all the big producers are choosing TV as their medium of advertisement for all their films, then it goes on to show what is the reach that televison has today. So I will definitely work again provided I get something good, but yes, for now, I am concentrating only on Bhanvra.

Anything special, that you want to say to your fans?

Just that if any of the readers have watched my work and appreciated it, then please do watch th movie. Please wish me luck as I need all the blessings that I can get from all the lovely  people  out there.
Whether Manav makes it big or simply becomes another names in a long list of newcomers, only the box office will tell when the film releases next year, but for all his fans, he will be star that he is, in reel and real life, always! India-Forums wishes Manav Gohil all the best!

14 years ago
Definitely Manav can be the next big star of Bollywood.

All the best Manav

+ 7
14 years ago He's charming and good looking, so perhaps...but Bollywood is competitive so it'll be hard for him to make his name. I wish him luck though!

14 years ago Could Manav be the next big star of Bollywood?

No I disagree.Manav cannot be a big star of Bollywood.
He is highly overrated by his friends & family.He does not have the charisma nor magnificent personna from outside to be a big star nor soul touching acting skills that will withold people in their place & admire him.
He's suitable for a costar role.
Sangita & Manav Jodi will flop.They have no chemistry.I'm not criticising unnecssarily,I gave my honest opinion,soon people will see that when he airs.

14 years ago aww all da best and i am sure the film will be good, it has excellemt actors init