Bollywood legend Amitabh Bachchan, nowadays leting his emotions hang out on his blog, has expressed pained surprise at the contradictory reviews his latest film 'Sarkar Raj' has elicited.

'One critic will trash a film and give very articulate and logical reason. Fair enough, but the very next critic praises the film and shall quote the very instances the earlier h 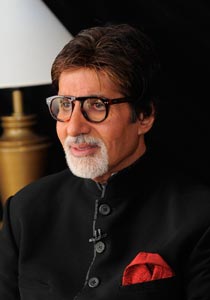 Featured Video
ad mentioned, as being the reasons for its success,' Amitabh wrote on his blog www.bigb.bigadda.com.

In reaction to this, film critic Ziya Us Salam said: 'Every critic has his own readership; it is wrong to paint all critics with the same brush.'

On being asked to react to Amitabh's statements, a few critics told IANS that the actor should not have been so aggressive while writing about them.

Amitabh also complained that the media did not appreciate the recent change in his demeanour.

He wrote: 'When one is humble, the complaint is you do not open up, your interviews are so predictable, politically safe and correct. Now that there is no perceived humbleness the refrain is: why are you so aggressive.'

Reacting to this, Saurabh Tankha, a senior editor with a Delhi based daily, said: 'Actors do not come and thank us when we do a positive review; then why should they feel bad when a negative review is done?'

The Big B is evidently atached to the film that's a bit of a family affair - it stars him, son Abhishek and daughter-in-law Aishwarya. He wrote in his bog that he found the diversity of reviews intriguing.

Amitabh believes the media industry has an unwritten code of conduct.

'They will not attack competition and not name a fellow journalist even if he belongs to the same or a rival organisation. Of late though I find a greater openness, a willingness to criticise and a desire to counter an opinion or stand taken by another in the fraternity,' the actor wrote.

In response to Amitabh's comment on how journalists would not attack one another, Tankha said: 'It is a fact; that is the way it is; there is no need to be judgmental about it.'

Ziya added: 'Amitabh is right in saying that the media does not attack each other, we have a certain level of dignity; but I don't see any reason for him to react violently.'