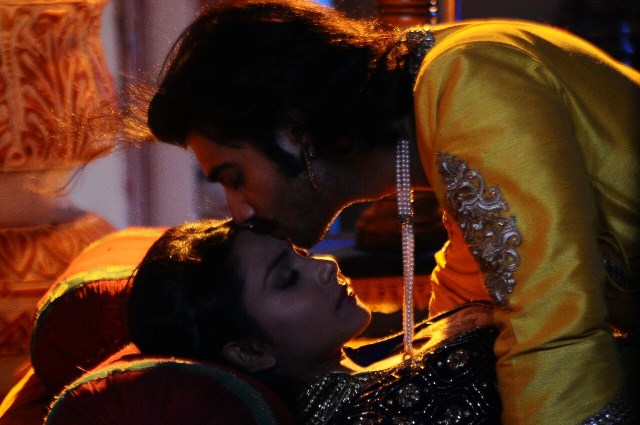 The popular historical show Bharat Ka Veer Putra Maharana Pratap on Sony Entertainment television, is making the viewers engaged to it beguiling concept. With the untempt twists and turns coming up, the show promises compelling storyline which will make the audience glued to their television screen.

The upcoming episodes of the show we will get to see the warrior of Mewar namely Pratap and his lady love Ajabde plan to take their marriage to another level. Pratap (Ssharad Malhotra) and Ajabde will be seen consummating their marriage.

Consummation is known as a complex sequence as it is most of the times very difficult for the actors to enact such scenes as the co-actors are not comfortable. Such a situation was faced by the gorgeous Rachana Parulkar aka Ajabde. On the same we got in touch with Rachana to know her views on enacting the consummation sequence and she says, "Consummation sequence is definitely tough to enact, there are a lot of difficulties which are faced while portraying such sequences, as it deals with a matter of discomfort. For any actor, it is challenging to do the consummation scene with his/her co-actor. But to overcome such challenges is what defines a true actor."

6 years ago Rachana Parulkar rocks Ajabde's character. Keep it up!

+ 3
6 years ago It is difficult especially when the actors have not acted together for a longtime...However Rachana Parulkar n Sharad Malhotra did a great job.

6 years ago Rachana Parulkar u r awesome actor. U can any anything so awesomely.

6 years ago Rachana Parulkar love you loads. You were brilliant in your scenes and looked stunning!!!

6 years ago sharad malhotra and rachana doing a steller job