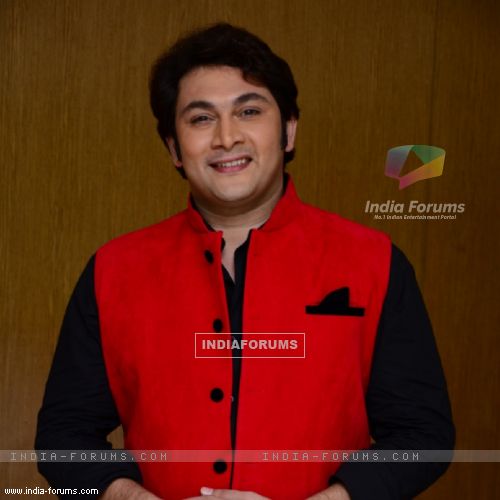 Sarabhai Vs Sarabhai fame Rajesh Kumar who has won accolades for his jovial and fun loving character of Rosesh is set to explore his wings on the big screen.

Yes! The actor was on cloud nine to work with the ravishing actress Rekha in the film Super Nani. We got in touch with this talented actor to know more about his role, views about working in the genre, the cult show Sarabhai Vs Sarabhai and more...

Talking about his character in the movie Rajesh says, â€œI am playing Rekhaâ€™s son in this movie. It was a new and different experience altogether. There is a lot of difference between films and TV shows and  thankfully I got this opportunity to learn new things while doing Super Nani.â€

Rajesh feels that working in Films is very different from TV as films are more relaxed in terms of TV, â€œFilms are different from TV shows in technical as well as creative aspect. You have to give your 100 percent in one shot so that after going home you donâ€™t regret that I could have done better. I think films are for those who are economically well settled because once you sign a film you have to wait for years for the release. I feel that the struggle to get work becomes less after doing a film, well both TV shows and films have a different taste and I love working for both.â€
Coming to the cult show Sarabhai Vs Sarabhai which is one of the extremely popular sitcom shows on Indian television, people still remember Rosesh's character and imitate the same so how does it feel? He excitedly avers, â€œI think Sarabhai Vs Sarabhai is a cult show, its the Sholay of television. I think I have done some good karma because of which I got this show, your work can make or break you and this show has made me. All characters of Sarabhai stands out differently, each character had its own style and that's the reason people still remember all characters of the show.â€

â€œRecently I had been to CRPF Marathon and there I met John Abraham and Vijendra Singh , I was about to introduce myself but they recognized me as Roshesh from Sarabhai Vs Sarabhai. I was amazed by their gesture. Wherever I go I donâ€™t need to introduce myself because they know me as Roshesh, I admire Vijendra Singh and I was speechless to know that he used to watch my show," he further adds.

Since Rajesh has been a part of comedy genre for a long time, what difference does he find in this genre today? He says, â€œI think today somewhere we lack towards the approach of comedy, to set a particular level of comedy we need to focus more on the writing aspect. Comedy should come from the society itself, today Taarak Mehta Ka Ooltah Chashmah has become popular because they relate to audience by reflecting things happening in the society. We should also come up with seasonal shows like Friends and other shows which are aired abroad, you pick any random episode of friends and you will love watching it because they really work hard in creative aspect.â€

Orion 8 years ago aww...such a professional...eagerly awaiting her comeback!!!! :D

aveksha 9 years ago She is my all time favorite. I love her movie Lamhe! Good luck for her movie English Vinglish.

incandescent 9 years ago My all time favorite. Amazing actress and a true beauty. Today's actresses are not nearly as beautiful as she is.