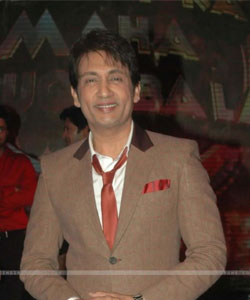 After the series of laughter, it is now time for yet another elimination in Star Plus' Comedy Ka Maha Muqabala.

The pre-finale episode will be aired on 4th June.

The shoot for the finale will take place on the 7th of June and Comedy Ka Maha Muqabala will see its Grand Finale on 11th of June.

May the best team win...

+ 3
9 years ago The show was okay.. I just dont like Indian Comedy period. I watched only for JW.

The only epi I enjoyed the comedy was the Wedding special and that was only the beginning and end of the epi with JWs parts. They were truly funny as hell. I actually laughed LOL

I also really enjoyed JWs interactions with Arshad, Shreyas, Raveena and Shekar. They had some really good scenes.

Come back soon Jenny but take a break first.. you really need it babe:)

+ 2
9 years ago watching it sometimes for Jenny only...for me she is the saving grace of the show but some comedies are really good...I should accept that!
@zaxo ji: aapka problem kya hain? that was my view like I said...lol...moreover, half of the viewers watch the show for Jenny...mano ya namano!!

9 years ago best of luck to both d teams for d finals...but i want Arshad's team to win...all his four punters r too good ;)

9 years ago they were the best team .. shekhar suman's team was the best..no point watching the show now

+ 2
9 years ago i don't quite like the show, it's as though i have to tickle myself to laugh at the jokes they crack! :)