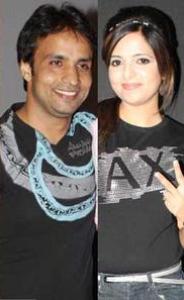 After a long time,Sony TV's Comedy Circus - Ka Naya Daur will see finally see a few eliminations this week as the show is heading towards its finale now.

A source from the sets of Comedy Circus informs, "This week Rajiv Thakur and Sugandha Mishra got eliminated in the episode (to be telecast on Saturday). For the Sunday episode we have a special guest. Acclaimed stand-up comedian, Raju Shrivastav would be gracing the stage and co-hosting the show with Roshni Chopra. He would also be performing an act for the audience along with the contestants."

Unfortunately, Rajiv Thakur refused to comment on the same.

The much-awaited Grand Finale is expected to be shot next week. Sources suggest that Comedy Circus will be continuing its trend and will be starting with a fresh season early next year.

Who will be crowned the ringmaster of Comedy Circus this season, is something we'll have to wait and watch.

Shehreen_27 8 years ago Okay , nevermind but honestly he has improved a lot since last season! and he had a good partner!! :D Sughanda did full justice as a partner to him! :D Wll look forward to see his acts in the next season! :D

rani-lucki 8 years ago not a surprise that thakur is going-----i really liked him with kamya :-)