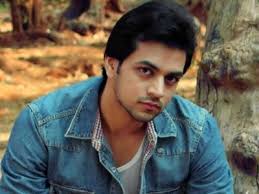 Not really as something unusual has never happened with me ever.

Craziest horror story ever heard as a kid?

I have not heard stories as a kid but during the initial days of my shoot, the crew never stayed back on the set as they claimed there was a presence on the set.

Yes. I was once shooting in film city at night and on my way back home I heard some voices. Those voices travelled with me throughout filmcity. I was spooked out at that time but I think it may have been a snake.

When have been the most scared?

I was shooting in Gorakhpur, Uttar Pradesh when the area we were supposed to shoot was barricaded due to wolves hunting down humans. But since we had no option, we were allowed to. I was scared to death and kept praying all night.

There is a building in Chandivali, Mumbai where I have felt a presence of somebody watching me. I have tried telling people and took them over there but they felt uneasy just like I did and did not dare come back.  So, this would be my horror dare to people.

+ 2
5 years ago Shakti Arora!! Love u so much
u r such a sweet heart n loving u as RV in MATSH

5 years ago Nice article..
Shakti Arora...you are doing a fab job in Meri Aashiqui...wish you all the best..

5 years ago very nice article, thanks for sharing, in meri aashiqui tum se hi, u done a job, keep it up , all the best in future