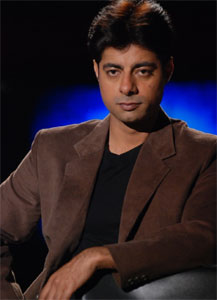 With national crime graph soaring by the day and hour, Colors TV launched a Crime Reality genre, Wanted High Alert to alert the audience. But seems like the channel was not so happy with the ratings of the show which made them decide to shelf it.

A source from the industry informs, "COLORS was not in the favor of the show which was counting very less number of ratings to the channel. And therefore the channel has stopped shooting for the show in between, saying that the show has been called off by the channel. Last Saturday was the end of the show."

COLORS will be back to the trend of showing repeats of popular shows at the time slot of Wanted.

When contacted Sushant Singh-the host of the show and he says, "I don't know the exact reason but they have stopped our shooting all of a sudden, and informed us about the show ending."

We hear that IPL was one of the reasons that the channel gave for the low ratings of the show.

jasmeet92 3 years ago It is totally a time waste movie and it fails to attract the audience.

krambaig 9 years ago colors u made a big mistake to taken off bairi piya show and u know very well how dearly love audience this show and the truth is bairi piya never disappointed before always produced good rating and to see the populartily of the show fans are doing petitions messages , e-mailling its a witness don't make so delay anymore to get back the show

PreciousPri 9 years ago never watched it.. but Colors arent at their best right now... so many shows going off air..... wot more is to come?? plz bring back BP 2

*dewdrop~pearl* 9 years ago Wow, what a "co-incidence"....on today's IF homepage, news of 2 of Color's shows ending....totally 4 shows ended/ending....make way for the 5th one, an ex top-5 show called Laagi Tujhse Lagan, as from top 5 (2-3 weeks back!), they are making way for an immediate "close-down"!

NimR 9 years ago wanted is ending and wht about anhoniyon ka andhera?

Suneel_kumar 9 years ago They took good decision by endind dis show.....it was boring and crap......crime patrol is much better dan dis

neets_ltl 9 years ago How about you all do us a favour Colors and stop broadcasting a non sensical crapfest called LTL2? I am tired of reading about how it's been butchered.

stranger11 9 years ago I saw one episode of the show...And honestly it seemed soo dramatic..It got nearly impossible for me to watch...There have been similar shows like this but i think i'm glad they ended this one

Kangana Ranaut Vs Anurag Kashyap: Actress ‘Steps Back’ after ...
16 minutes ago

Disha Salian did not dial 100 before her death, says Mumbai ...
55 minutes ago