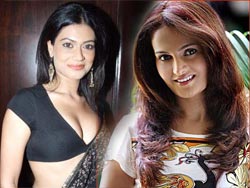 The cat and mouse fights between Payal Rohatgi and Monica Bedi have been heard from the Bigg Boss days, and this was very clearly visible on the sets of Sahara One's upcoming show Mr. and Mrs. Mishra, wherein the two ladies recently shot for the very first story of the investigative thriller.

According to our source, "Payal and Monica were normal with everyone present there, but did not even glance at each other during the entire shoot. Their only interaction was in the form of scripted dialogues during their shoot for the show".

When contacted, Monica Bedi had to say this about the bad blood that exists between the two. "I am very professional, and wish everyone when I arrive on sets. But whenever I greet Payal, she turns her face. This attitude completely puzzles me, and now I feel awkward to even approach her. So now I don't go up to wish her anymore. I don't know why she behaves this way but even in Bigg Boss house, where everyone used to say negative things about her, I was the only person who used to speak positive about her. Still she isn't cordial towards me".

We called Payal to hear her side of the story, but she was so busy that she could not spare us few minutes.

All said and done, its only astonishing that their so-called rivalry is being carried forward till date.. 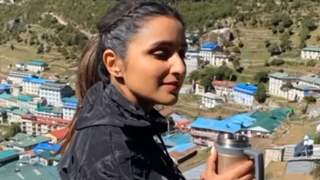 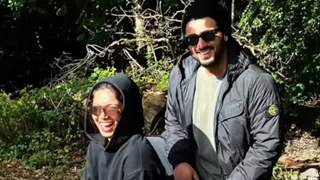 kantigupta6 13 years ago hey monica what do you think payal is going to behave friendly with you after all the shit you spoke about her in bigg boss??? she is not that fake and you are a complete loser to talk bad about her... you deserve jails and gangsters... thats your worth:)

13 years ago Monica is a really nice person! Payal should move on and not be so petty.

13 years ago Monica cannot expect payal to talk to her specially after what she told to payal in bigboss . She told stuff like payal is behind rahuls money and all that nonsense.Why is she lieing that she spoke good about payal in bigboss. Infact she was only bitching about payal. Monica has forgotten her jail days when she makes such comments about other people. No wonder payal doesnot even look at her face.

+ 2
13 years ago payal rohatgi is sucha poser I don't like her, I like MOnica a lot more lol

14 years ago it is so unfortunate and sad that such a thing has happened. i hope the family gets courage to get thru this troubled times....