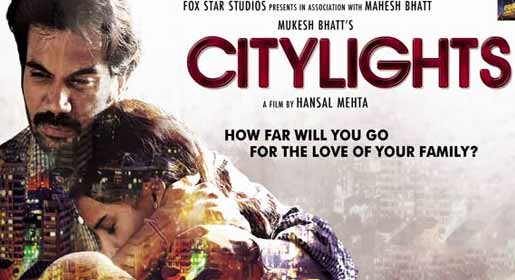 Hansal Mehta's film "Citylights", which narrates a heart-wrenching tale of a couple who migrates to Mumbai to fulfill their dreams, will be screened at the upcoming edition of New York Indian Film Festival (NYIFF). Elated over the news, the director says screening dates are yet to be announced.

"#Citylights to be screened at #NYIFF...Lovely festival run by some amazIng people. Screening date and time to be announced soon (sic)," Mehta tweeted on Wednesday.

"Citylights" is the story of Deepak Singh, who is forced to migrate to Mumbai from Rajasthan with his wife and child. He soon discovers the complexities of city life and finds himself living on the streets.

Produced by Fox Studios and Mahesh Bhatt, "Citylights" film was also screened at the Dharamsala International Film Festival (DIFF) last year. Starring Rajkummar Rao and Patralekha in the lead roles, it is an adaptation of British film "Metro Manila".

Meanwhile, the 15th edition of the annual film festival is scheduled to be held on May 4-9 this year.