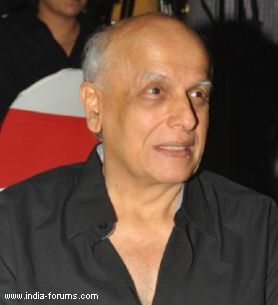 Filmmaker Mahesh Bhatt, who had directed the cult romantic musical drama "Aashiqui" in 1990 and then produced its super hit sequel "Aashiqui 2" last year, says Hansal Mehta's "Citylights" is not only at par with his movies, but "far more relevant to today's India".

Bhatt is presenting "Citylights" in association with Fox Star Studios. The film traces the love story of a Rajasthani couple who come to Mumbai to earn a living but is soon struck by misfortune.

"'Citylights' is an emotional love story which is in no way lesser than 'Aashiqui'," Bhatt said here Wednesday during the promotion of the film.

"It is a love story of a rural Indian and it has a heart, which is far more poignant and far more relevant to today's India," he added.

Slated to release May 30, "Citylights" is an adaptation of British film "Metro Manila" and features actor Rajkummar Rao in the lead role.