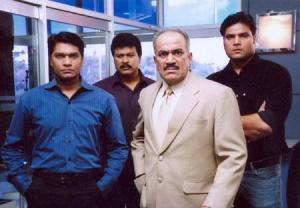 After the success of CID Chase series, Sony Entertainment Television and Fireworks Productions have given a thought for the next big series to come on floors.

A source from the channels informs, "CID is coming up with its special called the CID Dhoom series which will be basically an action packed series with all the dangerous stunts done by our action heroes of CID. The locations for the shoot have not been finalized, but its first shoot will be held in Mumbai".

"This series will comprise more of action and special effects while solving a particular case. This action packed drama series will start from 22nd of April", adds source.

We too hear that the production house is planning to rope in few action heroes of our Bollywood industry to essay important cameo roles.

We contacted Dayanand Shetty (Daya) and he confirmed, "Yes, CID is starting its next new series which will be called as CID Dhoom- A full action packed drama series. I can't say anything more as I haven't started shooting for the schedule".

Get ready audience for more suspense and more action in CID- Dhoom special!

StrangernMoscow 9 years ago I'm gonna love it, I can bet on that! Best of luck team!

-Twinkles- 9 years ago am eagerly waiting for the Series....

SweetSona2010 9 years ago C.I.D is just awsome! Get going for many more years!

Poonamjayaswal 9 years ago I hope it wud b interesting...all d best 2 CID team!!!!

poetic 9 years ago Looking fwd to it, seems interesting indeed.

LimitLessFan 9 years ago sounds wow , hope they handle it well and best of luck to every one

shivani003 9 years ago Awesome! I had thoroughly enjoyed the chase series :D

-purnima- 9 years ago new series...... all the best to the whole team
will look forward to an exciting series ahead :)

mayur_bigfan 9 years ago this is so kool.. waiting for the new series!!