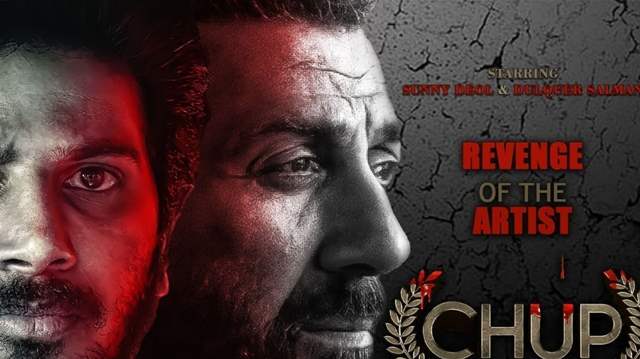 The movie is R Balki's ode to Guru Dutt, who passed away on October 10, 1964, at the age of 39. Amitabh Bachchan has now released the highly awaited movie's teaser on his social media accounts.

"T 4341 - Chup.. Revenge of the Artist.. coming soon," Big B wrote alongside the teaser while sharing it. Owing to Guru Dutt's birth anniversary, the makers also shared the teaser on their official Twitter handle and tweeted, "To the one who lived life in full bloom. Remembering #GuruDutt Ji on his birth anniversary. #ChupRevengeOfTheArtist."

The film's motion poster was released on Guru Dutt's death anniversary. Sharing his views on the film, director  R Balki had remarked that Chup' is an ode to the sensitive artiste, and Guru Dutt is right on top of that list. He have had the story for a long time and he is glad, they finally wrote it and are almost done filming it.

Meanwhile, Sunny Deol is making a comeback on the big screens with this  film, after his 2019 flick Blank. For the unversed, Guru Dutt gained notoriety for his role in films like Pyaasa, Kaagaz Ke Phool, and Sahib Bibi Aur Ghulam.

1 months ago Finally Sunny is back!! 👏

+ 8
2 months ago ok now this is an interesting star cast. dulquer is relevent today and sunny/pooja havent done anything big in a while

+ 14
2 months ago The teasee looks great. Its nice to see Sunny Deol back on silver screen

+ 10
2 months ago "To the one who lived life in full bloom. Remembering #GuruDutt Ji on his birth anniversary. #ChupRevengeOfTheArtist." Nice trailer