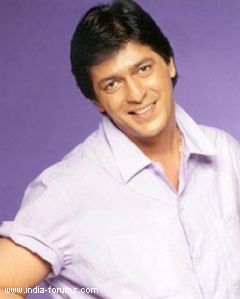 After featuring some of serious dramas Life Ok has decided to turn a new leaf ! It's time for Life Ok to tickle the funny bone of the audience after bringing The Great Indian Laughter Challenge back. The show has already proved to be a big hit and this time it's going to be aired on Life Ok.

The show will be aired from 15th July onwards.

psycho_angel 8 years ago sweeet...people are gonna have a good laugh even before the contestants actually start their act.chunky pandey indeed!

-DulceMaria- 8 years ago excited for sidhu's comeback, without him this show wud feel incomplete.

-Nymphadora- 8 years ago Khichdi and Sarabhaiv/s Sarabhai could not be got back because of some issues...
for SVS even Deven Bhojani(the director) said they still get requests for a sequel but he says its not possible!!!...which is pretty sad...
out This show-Chunky Pandey???urgghhh...he and Mika singh they will be like 1000000 Archana Puran Singhs put together!!!:\
but if they are still considering sidhu...i dont mind...

infinity00 8 years ago No need to waste our breath !!! Star one have there own mind , I miss the sitcom they use to show, like Sarabhai Vs Sara Bhai, Office Office, Tu Tu Mai Main which became Kadvee Khatee Meethi!
God help us with the laughter challenge, the show which have no real sense of humor just phakkad Baazi !! and judged by Mr. CP ...oh Dear !!! not going to watse my time.

smallwonder 8 years ago Is this show taking one judge per contestant?

-Nymphadora- 8 years ago can the Mods please Trash the abusive post?
the one below me-using abusive language including the F word are not allowed on I-F

Neha Mehta aka Anjali Wanted To Return To 'Taarak Mehta..' ...
25 minutes ago

Star Plus' Ghum Hai Kisi ke Pyaar Mein To Go To Nashik For ...
30 minutes ago