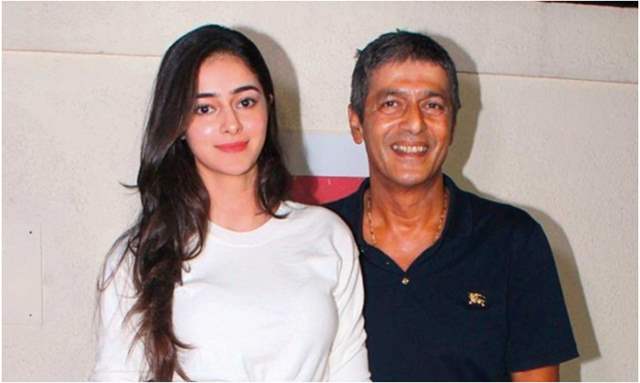 Ananya Panday and father Chunky Panday hold great camaraderie with each other and this father-daughter duo is too adorable. While Ananya has finally marked her debut in Bollywood with Student of the Year 2, fans are eager to see them collaborate for a film.

During a recent interview with IANS, actor Chunky Panday joke that if he ever signed a film with his daughter there would be a ‘world war at home.’ He also mentioned about their competition to outdo each other while speaking about joining hands for a film.

“Ananya and I will have a lot of fun if we work together. We will have that one-upmanship because she is extremely competitive and so am I,” said Chunky Panday.

He also said that this ‘competitive’ spirit of theirs might just cause a ‘rivalry in the family’. He added, “If we come in front of the camera, main toh purana chawal hun (I am old), so I try to hog the limelight. Ananya will also try some tricks. There will be a rivalry in the family if we come together in one film. There will be a world war at home.”

Previously, several rumors hinted that Chunky would play Ananya’s father in Puri Jagannadh’s Fighter, which also marks Telugu star Vijay Deverakonda’s Hindi debut. However, he denied the reports in a recent interview and clarified that he had not signed any project with his daughter yet.

Meanwhile, Ananya has been receiving flak since the nepotism debate was reignited after the death of actor Sushant Singh Rajput. Many blamed the ‘Bollywood privilege club’ for his death as he lost out on projects because of being an outsider.