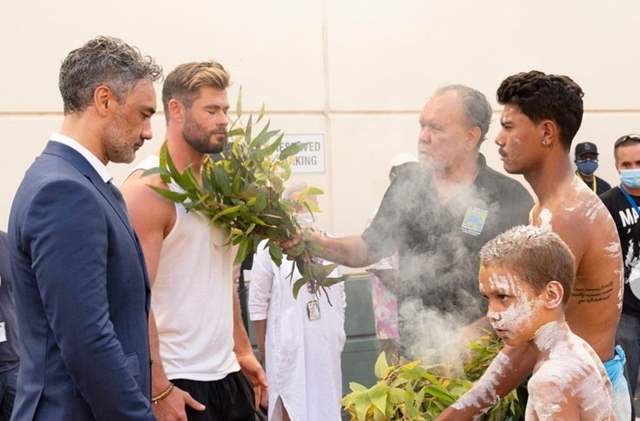 While there may be way too many big films awaiting for the pandemic to get over with for a big theatrical release, some other mega films are now beginning their shoot. One of the most-awaited and talked about films from the Marvel Cinematic Universe, Thor 4 titles Thor: Love and Thunder has officially kickstarted proceedings.

Leading man Chris Hemsworth confirmed they are kicking off filming in Australia on Tuesday. There are no signs yet of fellow Thor 4 stars Tessa Thompson, Natalie Portman, Christian Bale, or the surprise addition of Matt Damon arriving on set. Of course, these big stars will be joining the upcoming schedules soon.

Hemsworth announced the start of filming on Instagram this week. He shared a handful of photos to his account, which includes him posing with Waititi as well as members of the Gadigal and Bidiagal Nation, respectively, as well as members of the Maori community. Hemsworth also included a lengthy caption explaining how he and Waititi began the shoot with what appears to be a land acknowledgment ceremony — a practice Waititi regularly does during public events he participates in-

Thor: Love and Thunder is scheduled for theatrical release on May 6, 2022.