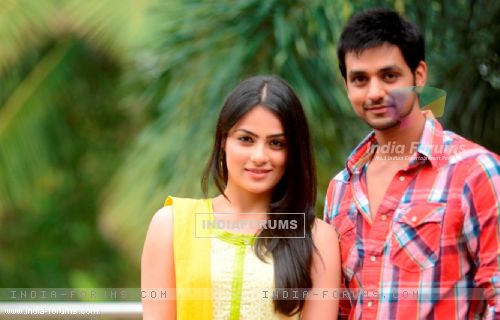 Ishani's (Radhika Madan) life has taken a 'U Turn' ever since Ranveer (Shakti Arora) has acquired her property and is now creating troubles in her life in Balaji Telefilms' popular show Meri Aashiqui Tumse Hi.

So far, we have witnessed that Chirag's (Ravjeet Singh) behavior towards Ishani has not been right but now in the forthcoming tracks of the show, there will be a sudden change in Chirag's behavior which will be noticed by the family members leaving everyone shocked.

A new twist in tale begins from here as we have heard from our source that, "Thinking that RV will never let Ishani lose the court case, Chirag announces his marriage with Ishani leaving everyone shocked. Further, he also proposes to Ishani and tells her that he will be coming with his parents tonight to get wedding dates locked. An elated Ishani shares the good news with everyone in the office including Ranveer. Ishani asks Ranveer if she leaves early but Ranveer refuses her permission and later the meeting begins in which Chirag too joins. Ranveer becomes shattered to see Ishani lovingly looking towards Chirag."

"Further Ranveer gets drunk and Ishani helps him by taking him home. On the other side, Chirag's family gets to know about Ishani being at Ranveer's home but Chirag takes her side and tells everyone that he completely trusts her. Later when RV wakes up he realizes that the file has gone missing which he had given to Ishani," adds our source.

What's Chirag's intention behind this changed behavior? Will RV be able to figure out about the missing file?

The upcoming episodes of the show will unfold the answers to these questions.

rinki1995 6 years ago now this chirag is really getting into my nerve he is so irritating and ishani she is so dumb how can somone not belive in what they saw with their own eyes, poor ranveer,i dont think ill be seeing this show until this chirag's chapter is over!!

xXxNoreen786xXx 6 years ago Seriously I have no hope for the show now. Ishani today proved she's the dumbest person you can ever find. RV needs to move on. Ishani deserves chirag and when he dumps her I'm not gonna pity her. Also about the file going missing I don't care if its property file or whatever file. I'm only watching for ranveer.

Imperfect_One 6 years ago Today it is proved that Ishaani is the dumbest character ever ! She actually deserves chirag for being so dumb and not trusting anyone else...and Ranveer please move on..u deserve better..!

Shas3 6 years ago Ishaani is such an idiot. So not worth it. She is a idiot and Chirag is a leech. They both deserve each other! Time for Ranveer to get the love he deserves!

monamie111 6 years ago what the hell is this... :(
who is playing game...and what is the game!!...I am totally confused now!! :-O
I can't believe Ishani agreed to get married to Chirag! I don think Chirag will be changed!..

stranger.67 6 years ago I don't really like the leading actress no offence but something is a turn off I wanna see a better actress with Shakti Arora!

-Piku- 6 years ago Please put some sense in Ishaani's character. No girl will be so dumb. Love Shakti Arora & Meri Ashique Tumse Hi