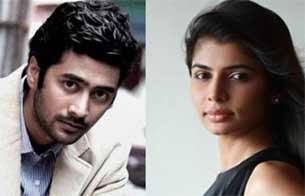 The event was attended by the couple's families and close friends from the industry.

Rahul and Chinmayi, who have been dating each other for nearly a year, got married in traditional south Indian style.

While Chinmayi was draped in a silk sari, Rahul was seen in a white dhoti.

Rahul, who has proved his mettle with films such as "Andala Rakshasi" and "Vanakkam Chennai", is a popular actor in Tamil and Telugu film industries.

Besides singing, Chinmayi is also known as a dubbing artist. She has dubbed for actresses such as Sameera Reddy, Kajal Agarwal and Neetu Chandra.