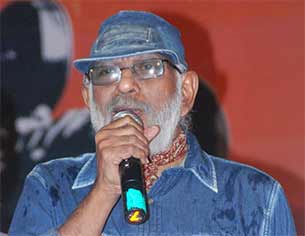 Film fraternity mourneed the death of legendary filmmaker Balu Mahendra, terming the passing away of "creator's creator" as a "massive loss" for the industry.

Balu died Thursday following a heart attack. He was 74.

Members of the film industry such as Siddharth, Amala Paul, A.R. Rahman and Lakshmy Ramakrishnan took to social networking platforms Twitter and Facebook to express their grief.

This is what they have to say:

Rahman: Dear Balu Mahendra sir, thank you for being an inspiring visual poet, for directing such life changing Tamil movies. You have certainly been an inspiring stepping stone of creativity for many others who came later... May god bless your soul!

Siddharth: An inspiration, teacher from a distance and everlasting hero for most of us. The great Balu Mahendra sir has left us. Massive loss! Prayers

Amala: RIP Balu Mahendra sir. It's really hard to believe! He was a creator's creator. You will live in our hearts sir.

Lakshmy Ramakrishnan: We lost a legend. (I) had the privilege of having Balu sir at my daughter's wedding. It is shocking.

Khushbu Sundar: (I'm) saddened at the news of demise of legendary Balu Mahendra sir. He has given such memorable movies. Heroines were presented like dream in his DOP (director of photography).

Dhayanidhi Alagiri: RIP Balu Mahendra sir! (This is) big loss to Tamil cinema. (I) have always admired his speeches on Tamil cinema.

Dhananjayan Govind: (I'm) shocked (and) very sad to know the most admired guru Balu Mahendra sir is no more. He is a guru to many in Tamil cinema (and) we will all miss him.

'Naagin 5' To Welcome Two New Entries in The Form of Karan ...
52 minutes ago