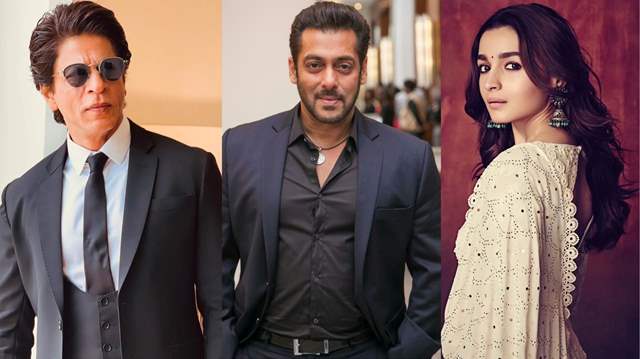 We are back with our celebrity ranking just like every Monday and present to you a curated list of the top 20 male, female, and combined actors. The ranking is generated on the basis of social media buzz, news articles, and multiple other factors, and this is what keeps the buzz going on every week.

The spot which Alia had secured for 2 consecutive weeks is throned by Salman Khan this week. He is followed by King Khan and then trailing is Alia Bhatt. Katrina still manages to be in the top 5 securing her place at the 4th spot and is followed by Khiladi Akshay Kumar, who made a huge leap from last week.

Have a look at the Top 20 celebs of the week- 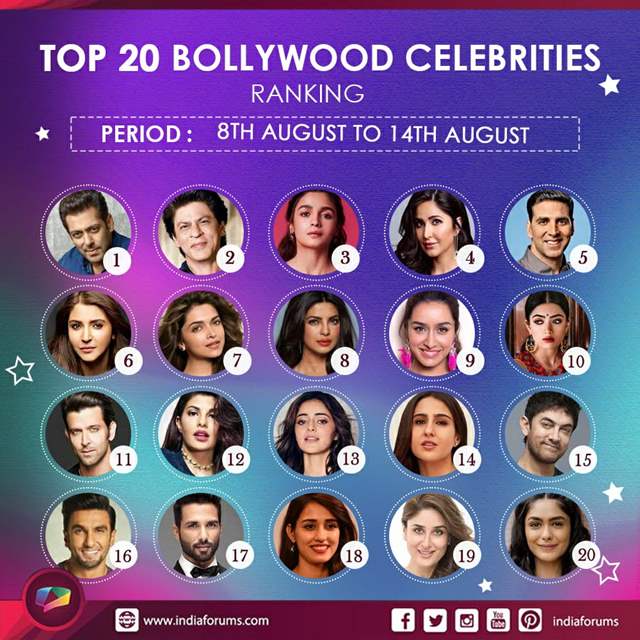 Moving to the top 20 female celebs, Alia Bhatt surely knows how to stay at the top constantly and has once again regained her spot at the pinnacle. Following her is Katrina Kaif. The 3rd spot is taken by Anushka Sharma who wasn't in the top 5 last week. The next two positions are followed by Deepika Padukone and Priyanka Chopra. 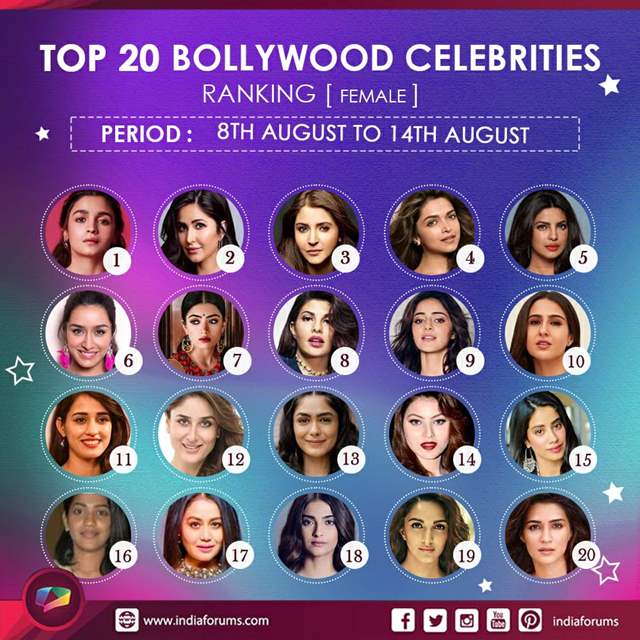 Talking about the top 20 male celebrities, Khans seems to be ruling the chart this week. On the first spot is Salman Khan, followed by Shah rukh Khan. Akshay Kumar regains his position at the third spot and so does Hrithik at 4th. The 5th position is filled by Aamir Khan.

Have a look at the top 20 male celebrities of the week: 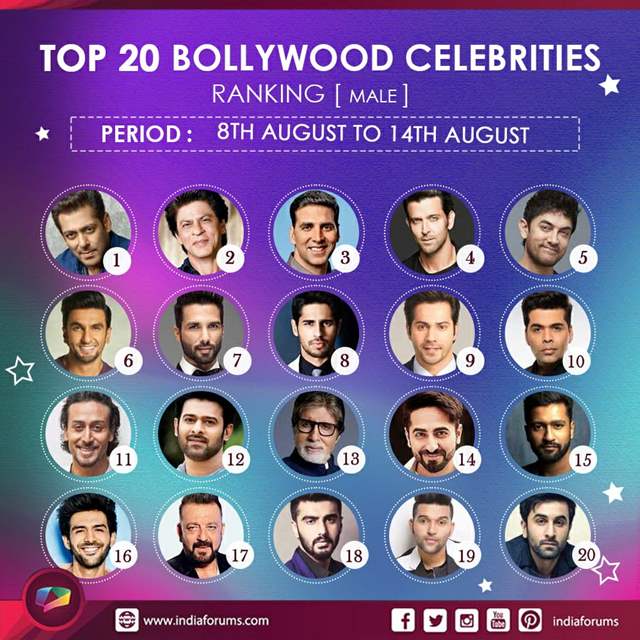