New Delhi, Feb 4 (IANS) Cricket fans have a reason to rejoice. For them, UFO Moviez, a digital satellite cinema network, is bringing DLF Indian Premier League (IPL) 2010 matches live in cinema halls for the first time in the country.

'We are proud to introduce this pioneering concept of bringing live IPL matches across Indian theatres. With a target of showcasing the IPL across thousand cinemas, we have got into strategic alliances with multiplexes and single screen cinemas across the country. It includes tier II and III cities.

'As no major Bollywood films will be released during this IPL, this will serve as profitable alternate revenue generating entertainment content for the exhibitors,' said Kapil Agarwal, joint managing director, UFO Moviez India Ltd.

Till date the company has signed over 550 screens, out of which close to 200 are multiplexes including Cinemax, INOX, Fame and PVR among others.

'The ticket prices haven't been decided but they are expected to be ideally weekend ticket price and premium prices for the semi-finals and finals,' added Agarwal.

This year IPL will begin March 12. 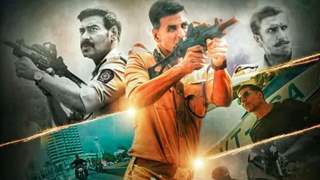