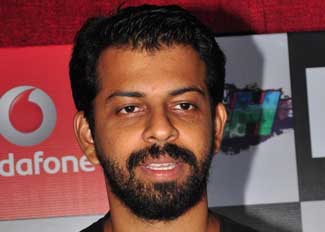 He has produced forthcoming horror drama "Pizza", but Bejoy Nambiar says he can't think of directing a film in the same genre.

"I am s**t scared of horror. I don't think I can ever direct a horror film. But I have a director who is so confident about his craft. He was so comfortable that it gave me confidence as a producer," said Nambiar, the director of thrillers "David" and "Shaitan".

"The audience is ready for horror and suspense thriller movies and this is the reason we are making the film," he added.

Directed by Akshay Akkineni, "Pizza" featuring Akshay Oberoi and former Miss India Parvathy Omanakuttan among others will come out July 18.

As the film is nearing release, Nambiar confesses to experiencing pressure for many reasons.

He said: "There is a lot of pressure, specially when there is a first time director and also when format of shooting was different. It's a learning experience for all of us, and the pressure was added because you were trying something new."