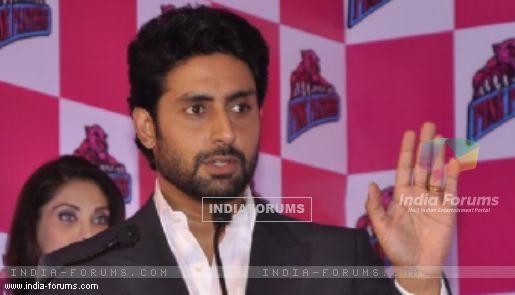 "Last night feels like a dream. Can't believe that we won the Pro Kabaddi League. All the hard work of the boys, coach and staff came through," Abhishek posted on Twitter Monday.

"Thank u all for the unbelievable support!Any sport is made by the fans and Kabaddi has awesome fans! Thank u for supporting @JaipurPanthers," he added.

His team won against Ronnie Screwvala-owned franchise U Mumba, 35-24 in an enthralling final of the eight-city franchise-based Pro Kabaddi League here Sunday.

Abhishek seems to be taking a keen interest in the country's sports scenario. He was also recently unveiled as the team owner of the Chennai franchise of the Indian Super League (ISL) during the official launch of the glamorous football league.