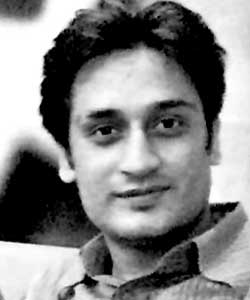 The Television fraternity and the youth brigade of Mumbai join in to hold a Candle March against the verdict given to the Neeraj Grover case recently.

For the uninitiated, three years after the alleged murder of TV executive Neeraj Grover, the Mumbai Court on Thursday pronounced Maria Susairaj and Jerome guilty. Maria was sentenced to a three years imprisonment and Jerome got a sentence of 10 years imprisonment. However the  general consensus in the case is that Maria who has already served her term of three years is being left scott free.  Considering the brutality of the killing wherein Neeraj was not only killed, but his body was chopped into 100 and more pieces and burnt, the candle march is being held to raise voice against the discrepancy in judgements.

We hear that many from the television industry will be part of this candle march held for a cause. Pooja Gor, Raj Singh Arora, Jatin Shah, Ravi Dubey, Ankit Bathla, Vikas Manaktala, Bollywood actor Arjun Mathur are a few who would be present there. Vikas Gupta, who was earlier with Balaji Telefilms will also be present for the candle march.

Ravi Dubey, protagonist of Saas Bina Sasural expressed his views saying, "I always knew Neeraj as a bright boy and have met him several times. Without commenting on the judicial system, I would, as a human being, say that killing a person and slaying him into pieces and burning him is not a normal human act. I got to know of the candle march last night and I have already informed my production house to free me for few hours on Sunday. I will surely be there to fight for the cause".

Vikas Gupta, who was closely associated with Neeraj says, "This is to convey the message that such acts of slaying cannot be accepted and the person involved cannot just walk away".
Karan Kundra and Kritika Kamra were also to be part of the march, but they will not be there as they are travelling. Kritika says, "I know of the candle march and have spread the word.  But I will unfortunately not be able to attend".

The candle march will aptly start from Dheeraj Solitaire Building where Neeraj was killed, and will
proceed to Juhu Tulip Star. The march will be held between 11am - 2 pm tomorrow, 3rd July.

TellyBuzz lends support to this cause by spreading the word...

akash08 9 years ago candle march for this guy!! No sympathy for such characters..

SHAHAD971 9 years ago Enjoy your vacations!! missing you loads!!!

Rhea Sharma to be seen in Ekta Kapoor's next?
58 minutes ago