This week’s highlight of the musical shows was definitely the astounding performances of the participants which left a lasting impression. The irony is - while the participants spoke the language of music, the judges’ actions and reaction were quite “Fishy”. Junoon on Friday saw Ila Arun–Anand Raj Anand converting the ambiance of the sets into a fish market with their “Opinions” while SaReGaMaPa saw something unique – tears in Himesh Reshamiya’s eyes!!! That’s not all; there was more fishy business on Saturday as well. Sukhvinder, a judge of Star Voice Of India seemed more interested in a participants’ father’s fish trading business than in his singing. 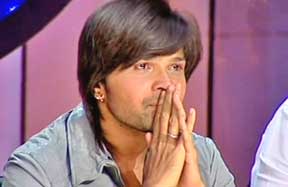 Featured Video
SaReGaMaPa was a treat for all music lovers because of the quality singing by all the contestants. This was a week of "Melody" and “Tears”. Pearl like tear drops is what viewers were treated with in SaReGaMaPa when they saw none other than Himesh raining them on the sets. We have all heard of the cliché – “Shedding tears at the drop of a hat”, in Himesh’s case, we saw this “Teary Overflow”! The show also ended with same pearls from Ashaji's eyes when she became too emotional and was finding it difficult to eliminate any of the boys. She got reminded of her own struggling days while taking this elimination decision, because each of them gave stupendous performances. Was the one up-man-ship fight between Himesh and Shankar scripted? From the comment by Pritam at the end of this war of words, seems this was just a platform being made to bring in some extra power for the mentors. But that the show has extremely talented singers was evident in the “Sanjeevani” round when all the three eliminated contestants had to sing. All three of them left everyone spellbound!!! 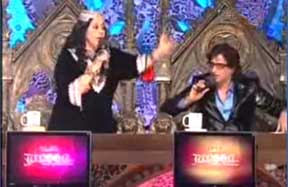 Junoon is one show that has such a wide range of talent and where viewers get the chance to hear three different genres of music - the Sufi style, the folk and the Bollywood songs. The format is very vague but as far as performances go, every week the contestants leave the viewers asking for more. The only unfortunate part of this show is the fight among the judges especially Ila Arun and Anand Raj Anand. Ira Arun’s comment that all the other contestants are below par and only her gharana contestants are the best, while also putting down Saptak and Antara was not in good taste. Such comments may demoralize the contestants especially when coming from a judge of her caliber. Her outburst on Friday and then Anand Raj Anand jumping into it totally messed up the ambience that was so well created by the participants with their great singing to leave back a bitter taste, so much so that a man who never runs short of words – the host Annu Kapoor, was also left speechless. It was definitely a classic example of how judges of a show should not behave. 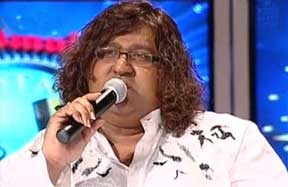 This time round the shows have the most important ingredients required to make a show successful – The immense talent of the contestants!!! No drama is required to push their talent. Viewers will vote for what they hear, they don’t have to hear stories on who is how poor or who has a small kid or who became a polio victim or who has not hidden her marital status. For once, can we please allow talent catch the attention of viewers instead of the “Other Angles”?

shashi bhatia 14 years ago really fed up of the soap opera which all the judges in all the shows are enacting ...and please can we hav all the contestants dress up as normal kids and not as made up models

+ 2
14 years ago This review was the need of hour,Musical shows r exploiting contestents and audience for higher TRP.m sick and tired of all singing dancing shows.

14 years ago Well this isn't restricted to musical shows is it? Most Indian reality shows seem to have this problem...it's a terrible shame...whats worse is that they can pull stunts like this because there is an audence that will watch it...is this really what you want to see?

14 years ago i used to like the srgmp little champs which was judged by sonu nigam and suresh wadkar....no drama there.

14 years ago thanks... i stopped watching the singing reality shows, the judges always say we won't bring unneeded drama or whatever, but it always happens. Just stop watching, the TRPs will drop and hopefully they get the message!