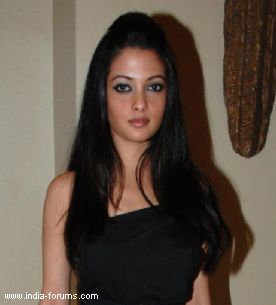 For Bollywood actress Riya Sen, joining mother and Trinamool Congress candidate Moon Moon Sen on her roadshows in West Bengal's Bankura district has been a "humbling experience" with the "warmth of the people" sheltering them from the soaring mercury.

With daughters - actresses Raima and Riya - in tow, Moon Moon Sen wooed the voters, who turned out in large numbers to catch a bit of stardust, in her constituency.

"Standing amidst a crowd of 40,000 people of Bankura is a humbling experience! See you all in the evening again," Riya tweeted Wednesday during a roadshow in Bankura's Mejia locality.

"If you ask me, I think the warmth of the people here at Bankura put the heat to shame!" she said.

The Oxford-educated Moon Moon Sen had the two starlets as constant companions as she filed her nomination papers Wednesday for the Bankura Lok Sabha seat.

"Roads washed with water for my mom's road show at Bankura! Best joke ever, anyway great turnout and response! Overwhemed!," Riya chirped on the microblogging site.

Bigg Boss 14: Prince Narula to enter the show with Sidharth ...
26 minutes ago

Bigg Boss 14: Here's why Gia Manek will NOT enter the show
49 minutes ago

Ishq Subhan Allah Bids adieu after a successful run of two ...
51 minutes ago

NCB Dismisses Rhea's Claim of 'No Jurisdiction in Drugs ...
9 hours ago