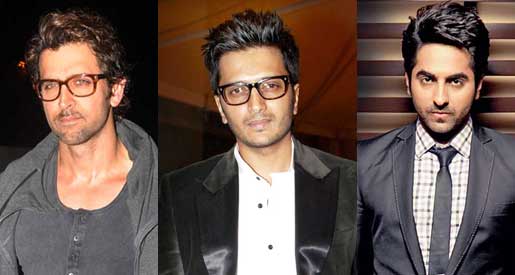 Bollywood celebrities like Hrithik Roshan, Riteish Deshmukh and Ayushmann Khurrana took to micro-blogging site Twitter to condole the death of 20-year-old Bengal cricketer Ankit Kesri, who died from an on-field injury in Kolkata.

The former Bengal Under-19 cricket captain, Ankit sustained a head injury in an on-field collision during a local game in Kolkata on Friday during a senior knockout match against Bhowanipore.

The opening batsman, who was also a member of the Under-23 Bengal squad this year, passed away following a massive heart attack on Monday.

Here's what the Bollywood stars tweeted:

Ayushmann Khurrana: Sports could get unpredictable and ruthless. A normal day on the cricket field could be life threatening. RIP Ankit Keshri.

Arjun Rampal: Heartbreaking, heard about the young Bengal captain, Ankit Kesri demise due to an unfortunate accident on the field. Prayers for loved ones.

Esha Gupta: So sad to hear about the tragic loss of a star in the making in the field of cricket. #RIPAnkitKeshri, condolences to the family.

Anubhav Sinha: How can kids die playing a game of cricket? Second death on a cricket field in a short span. Take Care Boys. RIPAnkit Keshri

Pooja Chopra: Just 20 ! My heart goes out to his family Ankit Keshri