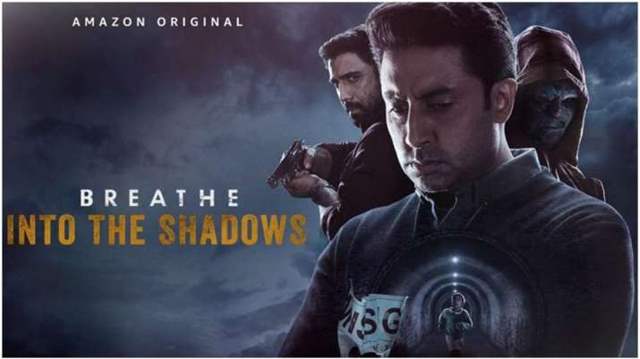 The second season of Breathe recently released on Amazon Prime Video and the audiences have loved the storyline, acting and all the layers of all the characters. Director Mayank Sharma shares the various scenarios about the series and you surely didn't know this.

Sharing the feeling of how did the director feel when the show finally released on Amazon Prime Video, the director says, “It was a mix of nervousness and excitement. The whole team along with Amazon Prime Video were overwhelmed with the response we had received for Breathe S01 from all over the world. That really inspired and pushed us to dive again into the world of Breathe and create another fascinating story, which eventually led to Breathe: Into the Shadows. Yes, pandemic was stressful for us but nothing more than what the entire world is experiencing. At the same time, just before the lockdown, we did manage to finish the post-production and deliver the show to Amazon. Due to pandemic we could not manage to dub the series in other languages and had to stream in Hindi along with other language subtitles. Hopefully we will stream the show in other languages soon. We were fortunate that we could showcase our series to the world in these trying times. Creating Breathe: Into the Shadows was an enriching journey of more than 2 years and it was finally hitting the marquee. I could not have asked for a better team of artists and crew, who went above and beyond. It will always be special.

Speaking about the experience of working with the big names of the industry Mayank Sharma expresses, “It has been an extremely rewarding and fruitful experience, working with all these exceptional talents with an amazing body of work. Right from Maddy Sir to AB sir to Nithya to Saiyami and to Amit. First and foremost, they are all artists and once they are convinced with the story and your vision, then they become your collaborators in creating what you have envisioned. As an artist this medium gives them a wider range to perform and go in depth of their characters. They have 100% backed the story and put in their everything to bring this to fruition. I would be forever indebted to them for believing in me and breathing life into Breathe: Into the Shadows."

How a character is dependent and independent of each other, a perspective that the Director shared,"As a writer-director, it is very important for me that I do not fall into the trap of slotting characters into “lead” and “supporting” characters. Without all of them the story is incomplete, the journey is incomplete and more than that the characters of Avinash, Abha and Kabir are incomplete. Once we are free from this bondage, it becomes easier to look at every character holistically and do justice to it. This has been my approach and I am so happy and overwhelmed to see audiences showering so much of love to each and every character of our show."

Talking about the future projects Mayank Sharma concludes it by saying, “Well, the continued love response from the audiences is not letting my mind take a break and I am working on a couple of exciting stories, but it’s premature to divulge any details as of now."

The series stars Abhishek Bachchan in the lead as he makes his digital debut, with talented actors like Nithya Menen and Amit Sadh and Saiyami Kher in prominent roles. The series is created and produced by Abundantia Entertainment and streams exclusively on Amazon Prime Video.

Ayushmann Khurrana Reacts to Being Voted as One of the Most ...
53 minutes ago

Neil Bhatt talks about prepping up for Ghum Hai Kisikey ...
-21 seconds ago