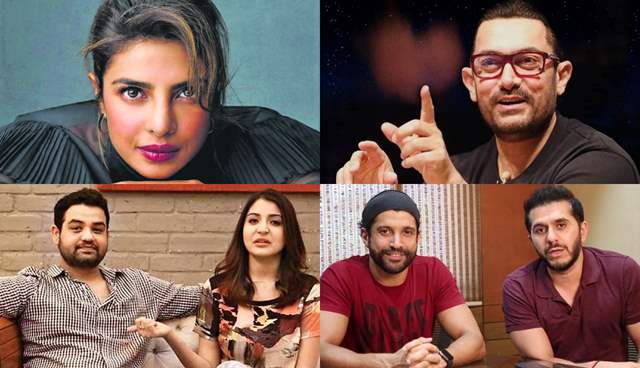 Over the years, new cinematic players are emerging with a refreshing new vocabulary. Here's taking a look at the actors who turned producers and the production houses that are breaking the stereotypes and changing the rules of entertainment.

Clean Slate Filmz:  Anushka Sharma and her brother Karnesh founded this company in October 2013 and since then it has become a spunky, free-spirited game changer in  independent filmmaking. With gritty, thought-provoking and hard-hitting stories like 'NH-10' and 'Bulbbul,' genre bending films like 'Pari' and 'Phillauri' and a highly acclaimed web series 'Pataal Lok',  Clean Slate Filmz is proving that it pays to not tread the beaten path. Along the way, the production house is also promoting promising actors like Tripti Dimri, writers like Sudip Sharma and directors like Anvita Dutt.

Yoodlee Films: Founded in 2017 as the film division of music label Saregama India Limited, Yoodlee Films  not only changed the rules of storytelling but also how content is created.  It doesn't consider itself to be a cinematic factory fueled by star power but a writer's studio that backs non-escapist, realistic stories like the National Award winning 'Hamid,' festival favourite 'Ajji,' thought-provoking social narratives like 'Axone,' 'Noblemen,' and quirky comedies like 'Comedy Couple', 'Bahut Hua Samman' among others.

After ruling the OTT space with multiple releases, shot on real locations and portraying true-to-life characters, this year Yoodlee  will release its first post pandemic film, 'Zombivli' in theatres. This horror comedy based on zombies is the first of its kind in Marathi cinema has already garnered massive pre-release buzz, but there is a lot more in store that this boutique studio will produce, which will continue to push boundaries and take the audiences by surprise. 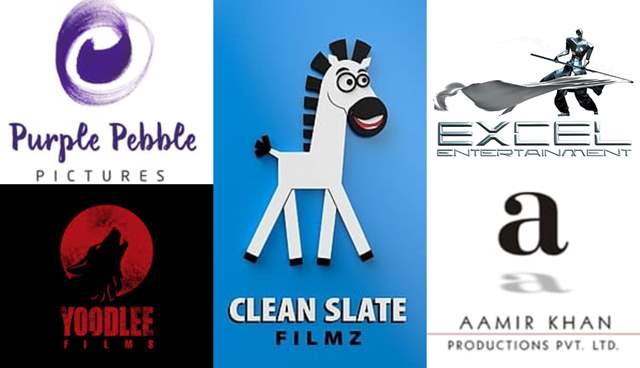 Along with  critically acclaimed Marathi dramas like 'Ventilator,' which won  three National Film Awards and 'Paani' which won the National Film Award for Best Film on Environment Conservation/Preservation, the company is also exploring other regional cinematic spaces with sensitive, well-produced films in Punjabi, Bhojpuri, Assamese, Malayalam, Konkani, Bengali and Sikkimese.  One of its most loved productions was the  biographical film 'The Sky Is Pink' which moved audiences around the world. With OTT releases like  'Firebrand', the production house is exploring lesser explored themes like post traumatic stress disorder following a physical assault. It also plans to produce content in Hollywood, surely an unprecedented ambition in a production house of indian descent.

Aamir Khan Productions: It is highly unusual for a top-ranking mainstream star to produce cinema that is unconventional, rejects easy populism and breaks new ground. The only precedent seems to be Shashi Kapoor who produced middle-of-the-road classics like 'Vijeta,' 'Kalyug,' Junoon' and '36 Chowringhee Lane.' Aamir Khan went into production in 1999 after multiple production houses  turned down Ashutosh Gowarikar's script, 'Lagaan.' The rest is of course history because 'Lagaan' went on to win an  Academy Award nomination in 2001.

Excel Entertainment: Self-confessed bloomer Farhan Akhtar along with friend Ritesh Sidhwani founded a modest company in 1999 which went on to redefine contemporary cinema with a cult hit called, ‘Dil Chahta Hai,’ in 2001. The film written and directed by Farhan ushered in a natural, modern cinematic language that was casual, identifiable and trendsetting.

Be it ‘Lakshya’, which was based on the 1999 Kargil War, ‘Don,’ an updated remake of the 1978 classic,  ‘Honey Moon Travels Pvt Ltd,’ a light hearted take on modern marriages, the insightful 'Luck by Chance' , the melancholic ' Talaash,'  or blockbusters like 'Zindagi Na Milegi Dobara,' and  'Rock On!', the list of unusual offerings continues to grow.

Excel also produced 'Gully Boy,' India’s first hip hop film. It also has OTT hits like 'Mirzapur,' 'Made in Heaven' and 'Inside Edge' to its credit.