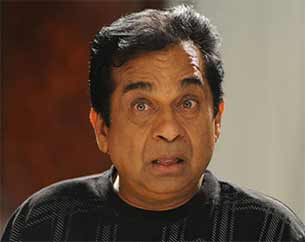 Ace Telugu comedian Brahmanadam, who has starred in over 800 films so far, is making his Kannada film debut with the movie "Ninnidale". The actor will join the film's unit Friday to start shooting for his portion.

"I'll start shooting from Friday. Jayanth, who is the director of the film, is a close friend. When he approached me with the offer, I instantly agreed to do the film because I liked the story. This may be my Kannada debut but I see it as another film and I wish to work as hard as I work on other films," Brahmanadam told IANS.

The film is being directed by Jayanth C. Paranjee, who had earlier directed Telugu films "Shankar Dada MBBS", "Takarai Donga" and "Eeshwar".

Superstar Puneeth Rajkumar will play the lead while Erica Fernandez will essay his lady love in the film, which recently went on floors.

Earlier this year, Brahmi, as Brahmanadam is fondly called his fans, announced his Bollywood debut with Anees Bazmee's "Welcome 2".