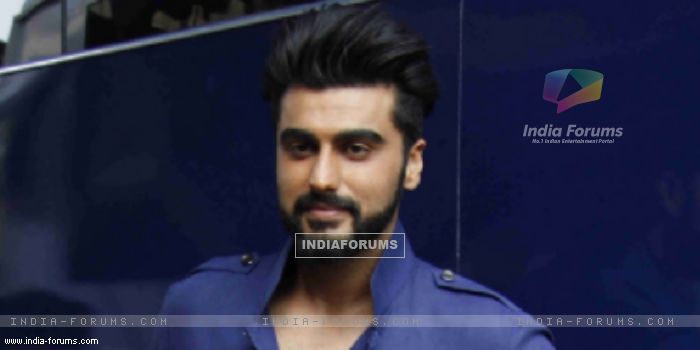 Actor Arjun Kapoor, who is gearing up for the release of his upcoming film "Mubarakan", says that because of box office figures, a film's value gets diminished.

The year 2017 hasn't so far been much successful for Bollywood in terms of box office collections barring films like "Badrinath Ki Dulhania" and "Baahubali 2: The Conclusion".

So, when asked about the reason behind the slump, Arjun said: "I feel that because of box office figures, a film's value gets diminished. There are various films that have done well, like 'Hindi Medium'. So I hope at the end of this year, we will have more number of good films which will do good business," Arjun said at the song Launch of his film "Mubarakan" on Thursday.

"We shouldn't compare films with last year's box office results. We should look at good things that are happening. 'Kaabil', 'Raees' and 'Half Girlfriend' also did good business and I feel hits and flops are part and parcel (of showbiz). The year still has six months left, so hopefully at the end of the year, we will have more successful films," Arjun added.

Arjun also said that the debate over nepotism is far too stretched now.

Earlier this week, Ranbir Kapoor's cousin Aadar Jain was launched by Yash Raj Films at a gala event. Right after that, the social media was abuzz with a debate over nepotism.

Commenting on that, Arjun said: "This is something that is going on for too long. Our film industry is known for much better things and this is one debate we have been stretching like rubber.

"I feel we should all move ahead of it. Anyone can come in this industry with family backup and all, but cannot exist because of that. A person exists in this industry because of his capabilities and the kind of work he has done. So, the media should also be responsible and move ahead, focus on good and relevant things that this industry is known for and not just one element that gives one headline."

The event was also attended by Anil Kapoor, Ileana D'Cruz and Athiya Shetty.

Anil, who is Arjun's paternal uncle, danced at the song launch event and displayed funny antics.

Talking about that, Arjun said: "Nowadays, I am seeing new colours of Anil chachu. While shooting the film, he was very disciplined and dedicated, but while promoting the film, he has become a different person altogether. I can see that he has enthusiasm like a newcomer who is promoting a film for the first time.

"This is the reason behind his youthfulness..."

"Mubarakan" is directed by Anees Bazmee, and is releasing on July 28.