View Profile
BollyCurry is always on the lookout to bring its readers new and innovative articles so here we are presenting to you the brand new series of  Bollywood's Rising Star!
From time to time, we will showcase a new celebrity who has risen from being a TV personality of our small screen to a successful Bollywood actor of our silver screen. Part 1 features the one and only, Prachi Desai!

Prachi Desai
Date of Birth: September 12th, 1988.
Unlike many of her peers, Prachi has claimed that she had always aspired to become 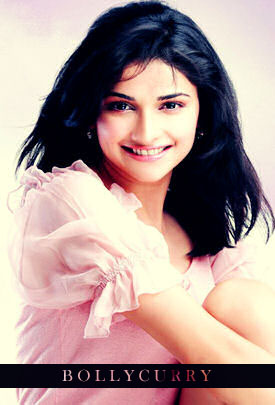 an actress; possibly from having watched her father and uncle participating in Gujrati plays who have since become an inspiration for her.

It was the simple act of sending some pictures from a short modeling workshop that saw Balaji Telefilms catapult her to stardom in their wildly successful show, Kasamh Se.  Starring opposite the very talented Ram Kapoor, Prachi conquered many hearts as Bani Walia, as well as going on to do a two-day cameo for Kasauti Zindagi Kay.

She went on to find further success in Jhalak Dikhlaja 2 where she scooped first prize following a wild card entry.  The talented actress later laced up her dancing shoes to star in Dard-e-Disco, a tribute show for JDJ2 where she was re-united with other former contestants.
Her career received a big boost when she finally got the golden chance of starring in Rock On opposite multi-talented Farhan Akhtar, in 2008. Following its success at the Box office, she was signed on to Govinda's 2009 flick Life Partner (opposite Tusshar Kapoor) and, more recently 2010's blockbuster release, Once Upon a Time in Mumbai where she romanced Emraan Hashmi.
Prachi is currently awaiting the release of her fourth movie, Main..Joker, starring TV hunk Rajeev Khandelwal (of Kahiin To Hoga fame).
In her ever rising career graph, Prachi has already bagged many awards at a rather young age.
With her multiple talents and rising fame and career, we believe Prachi could go a long way. For now, she is the endorser, spokesperson, brand ambassador and the face of skin care label Neutrogena.
We wish her a long list of many more endorsement brands and a merry career!