View Profile
With the highly awaited clash between titans, India and Pakistan culminating on a thrilling note, Bollywood celebs could not wait to express their delight on the outstanding victory of our men in blue.

Bringing you the celeb congratulatory highlights straight from Twitter-Land...
Amitabh Bachchan: INDIA beats PAKISTAN !!! Moves into the final with SriLanka .. I 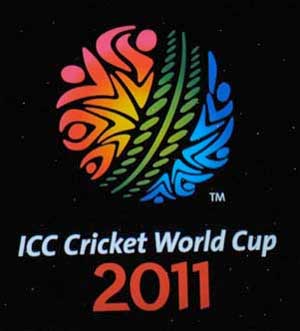 ndia breathes normally now .. well played India, congratulations !!
Madhuri Dixit: Congrats India! Time to bring the World Cup home!
Abhishek Bachchan: Maa tujhe salaam... Aur SACHIN aapko bhi! Well done team India... Diya ghumake!
Shilpa Shetty: INDIA WON..n I cried!:)tears of joy!Class act by the Indian team, aggression with maturity, lethal combo! Deserve 2 b in the Finals, fab job
Rahul Bose: Done! And dusted! The battle of the captains is decided beyond doubt!
Sushmita Sen: Sooooooooo proud of INDIA!!! Truly played like World Cup winners!!! WE ARE READY SRI LANKA!! Bring it on!!! Thank you PAKISTAN for a memorable World Cup Semi finals... a worthy n a graceful opponent!!! WELL PLAYED!!! God bless!!!!
Anupam Kher: Congratulations!! Even in London we can hear joyous & excited sounds of VICTORY. It was nice to see Sonia Gandhi minus her composure.
Priyanka Chopra: Oh my god! What a show of class Team India! The world cup awaits you in Mumbai! Can you hear the unified sound of pure joy... Indiiiiiiiaaaa!
Divya Dutta: It's overwhelming how this amazing win has united everyone in sharing n celebrating!!!! Never before like this before! What an ecstatic moment! To see the win moment and everyone right from the biggies letting their guards down and soak the euphoria! Proud of team India.
Shekhar Kapur: The best 2 teams now in World Cup finals. Look forward 2 grt final.
Genelia D'Souza: For all d criticism Dhoni got for his intial decision, I think it is time we all give him his due..Raina was fabbb and my favourite for today today,Team INDIA take a bow
Aarti Chhabria: So ecstatic!!! Congratulations to all the players of our Indian team and each one of us Indians. Let the party begin! Chak de!
Pritish Nandy: So India versus Sri Lanka, finally. As predicted. But what an astonishing game!
Shabana Azmi: It's embarrassing but in spite of myself I'm CRYING! Congratulations Indian team!
Diya Mirza: YAY YAY YAY! Well played Pakistan! Congratulations India! Proud to see the camaraderie and respect between both team.
Konkona Sen Sharma: Thriiilllleeeed!! But little bit feeling bad also for Pakistan..
Madhur Bhandarkar: India outclasses Pakistan at Mohali. Mumbai, get ready for the biggest roar of the season - Ind v/s Sri Lanka in th 2011 World Cup Finals.
Sonakshi Sinha: We have won. Bolti bandh.
R. Madhavan: The BEST part was 2 see the camaraderie and mutual respect between the 2 teams- Not long B4 the two nations feel the same. God willing.
Riteish Deshmukh: Hum jeeeeeeeeeeettttttt gayeeeeeeeeeee. Mubaaaarkaaaa mubaaarkaaaaaaaa INDIA
Neil Nitin Mukesh: What a win! What a match!
Sophie Choudry: Well played Pak & yes I do think Afridi is a fantastic player but team India ROCKS!Yaay!My shoot came 2 a standstill last 3overs!Haha!Awesm!
Aftab Shivdasani: Indiaaaaaaa take a bowwwwww! Jai hind
While yelling out their screams of joy for Team India, the celebs did not hold back in praising the opponent side and its players! Always worth watching two god teams battle it out fair and square and receive the final outcome with grace.
BollyCurry, along with the entire nation, salutes to the men in blue for an epic victory which shall go down in history, and the men in green for playing their part with such spirit and love for the game.
Editors: Hershi & Naseem
10 Likes

Kangana Ranaut is in Awe of Yogi Adityanath; Applauds his ...
20 minutes ago

Farhan Akhtar is excited to kick-off the opening match of ...
27 minutes ago

Arjun Bijlani on music video with Reem Shaikh: I feel Ishq ...
47 minutes ago