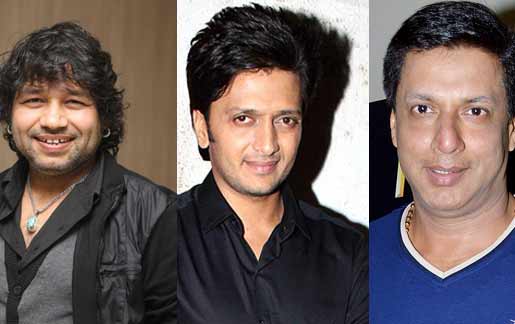 Patil, who was home minister during the 26/11 Mumbai terror attack, passed away Monday evening after a three-month battle with cancer. He was 57.

Riteish also called Patil a people's leader and remembered him for his "humbleness".

Calling him an inspiration, the "Teri deewani" hitmaker Kher remembered Patil for his leadership traits and love for music.

"RR Patil RIP. Who Lived Life More Meaningful n Inspirational. Set an Example. He personally told me how much he Loved KailasaMusic, Prayers," the singer tweeted.

Whereas filmmaker Bhandarkar and actor Aftab Shivdasani sent their condolences to Patil's family.

"Saddened to hear about the demise of R R Patilji. May his soul rest in peace. My heartfelt condolences to the Patil family," Bhandarkar tweeted.

Aftab also shared: "RIP Shri R.R.Patil...Prayers for his soul and condolences to his family...Peace and light."