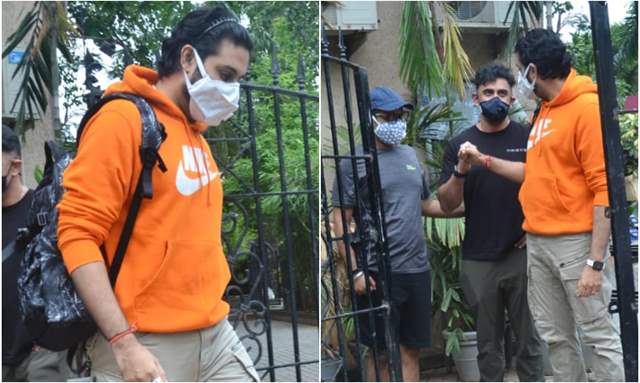 Megastar Amitabh Bachchan and son Abhishek Bachchan were tested positive for Corona on Saturday. The news shocked the entire nation and fans have been praying for their favourite actor's well-being. Meanwhile, in an official statement released by Big B he has asked everyone to get themselves tested who came in contact with him since the last 10 days.

Another report in Hindustan Times revealed that Abhishek had been stepping out to the studio almost daily earlier this month to finish the last bit of work on his web series. He was clicked by the paparazzi outside the studio, wearing a mask.

Meanwhile, Maharashtra Health Minister Rajesh Tope issued an official statement through his Twitter handle and said both Amitabh and Abhishek underwent rapid antigen tests. He also mentioned that the test results of other members of the Bachchan family including Jaya Bachchan and Aishwarya Rai Bachchan, who were also tested for novel coronavirus will be out on Sunday.

In a video message late on Saturday night, Tope wished a speedy recovery to Amitabh Bachchan and Abhishek Bachchan.

Did Natasa and Hardik Accidentally Reveal Their Baby Boy’s ...
24 minutes ago

Adnaan Shaikh & Jumana Khan come together for a song with ...
31 minutes ago

Aly Goni feels that Surviving Alone without our Loved ones ...
51 minutes ago

Aishwarya Khare and Anjani Kumar Khanna roped in for Naagin ...
3 hours ago