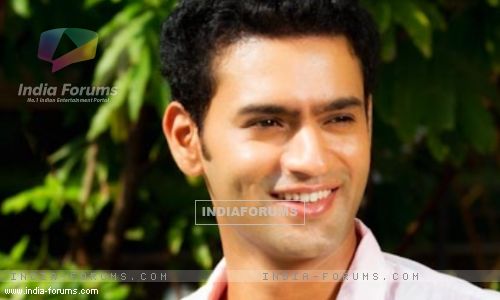 Sony Pal's Hamari Sister Didi actor Bhanu Uday, known for doing daily soaps have also done films before taking up the role of Dr. Karan. Well this time, Bhanu has become a part of a film that is critically acclaimed. With acclamation, comes some controversies as well. Blemished Light is the movie name and will soon be released in USA.
When spoken to the actor regarding his movie stint, he averred, "Blemished Light is the story of Hussain essayed by me and Fareed played by BAFTA award winner Victor Banerjee. Hussain, a fundamentalist Muslim travels from Pakistan to New York to assassinate liberal Muslim scholar Fareed Rehmani, but the mission is quickly forgotten and it ends up becoming a battle of identity for these two men. I lead a stellar cast which comprises Victor Banerjee (A Passage to India), Adil Hussain (Life of Pi), Ankur Vikal (Slumdog Millionaire), Aly Khan (A Mighty Heart), Shayan Munshi (Jhankar Beats). It is currently playing at the Kerala International Film Festival and will be released in the USA in April. Blemished Light will release in India in later half of 2015."
When asked about his experience doing the film, he quipped, "It was a life changing experience for me. I lived in New York for three months. It was one of its kind experience. Besides Mumbai, if I was to live in any other city, it would be New York. After pack up, all of us would go out to restaurants and bar. It was just mad fun."
Well, this surely is a turning point in your career.
Upasana Patel

6 years ago All the Best for your film Bhanu Uday you were awesome in Special Squad!

+ 2
9 years ago Congratzz Hrithik!!!!
i still remember watchin the Kaho Na Pyar for 1st time & luved it!!
Wish all u d Best for ur future!!

9 years ago we love u hrithik always ...waiting for angnipath ...

9 years ago The most wonderful, warm person in the industry. All the best - may you be around for many years to come.

You deserve all the success:)