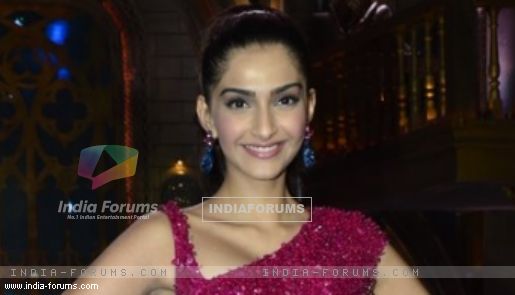 Bollywood's style diva Sonam Kapoor says she is as clumsy as her character in her forthcoming film "Khoobsurat(2014)".

She has been tagged as a royal misfit in the posters and trailers of the film, a remake of Hrishikesh Mukherjee's directorial venture that starred Rekha and Rakesh Roshan in the lead roles.

While Sonam has replaced Rekha, Pakistani actor Fawad Khan has stepped into Roshan's shoes in the remake.

Asked how much she relates to her character, Sonam said: "I am a bit clumsy in real life too, but I feel that it's difficult being clumsy in reel life because you have to do all the wrong things on cue, and at the right time."

Sonam also feels that every girl will relate to her role in the film, when it comes out Friday.

"It's the story of all those girls who don't want to change themselves because of others. Every girl will relate to my character and my journey in the film," she said.

"Khoobsurat(2014)" has been directed by Shashanka Ghosh and produced by Sonam's sister Rhea.

“It's not allowed, but I have 2 pegs almost every evening”, Rakesh ...