Saturday January 15th is quite an important day for dear Neil Nitin Mukesh, the talented actor who was born on the very same date exactly 29 years ago! From what we hear, Neil flew back to Mumbai from a shoot in Hong Kong, just in time for his special day! 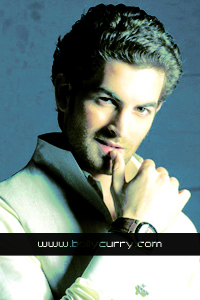 Son of the popular singer Nitin Mukesh and grandson of the legendary singer Mukesh, Neil is used to the presence of stardom in his household, and the existence of an ever scrutinizing public eye from his youngest years. Interestingly, while the 'Nitin' and 'Mukesh' in the actor's name obviously come from his legendary elders, the first name Neil was given to him by none other than Bollywood's immortal nightingale, Lata Mageshkar, who named him so, after the American history making astronaut, Neil Armstong - the first man ever on Moon.

At the young pre-teen age of 6, Neil made his Bollywood debut as a child artist in Yash Chopra's Vijay (1988) and then starred again in Jaisi Karni Waisi Bharni (1989) as Govinda's younger version.

After those two early roles, he took a long hiatus during which he finished his schooling and consequently his graduation, wherein he earned a Bachelors in Communications from HR College, Mumbai. However, acting never ceased to be his long term goal and in lieu of the same he did a 4-month workshop with Kishore Namit Kapoor, attended Anupam Kher's institute and also assisted Aditya Chopra in his movie Mujhse Dosti Karoge whilst still a college-goer.

For his adult debut appearance on the silver screen, he was offered several ventures, all of which were turned down given his personal conviction for not doing just another cliched, done-to-death romantic film as his first. Patience sure proved a healthy virtue for the actor during his wait for the right script, because Shriram Raghavan's crime thriller noir, Johnny Gaddar (2007) which saw him enact a shady gray character, gave him a good start - risky, in terms of being very off main stream lead roles, but critically appreciated, even thought it faired averagely at BO. His following films were: Aa Dekhen Zara, New York, Madhur Bhandarkar's Jail and Yash Raj's Lafangey Parindey. His upcoming films include Italian Job and Vishal Bharadwaj's 7 Khoon Maaf alongside Bollywood bigwigs such as Priyanka Chopra, Irrfan Khan, Naseeruddin Shah, John Abraham, etc.

Neil made an exceptional statement in his talent as an actor with portrayal of expecting and daring gambles involving his roles in Johnny Gaddar and Jail. So far he has been nominated for two Filmfare Awards (2008, 2010), a Star Screen Award (2008), a Stardust Award (2008) and has won an IIFA Award (2008).

Here's hoping that the actor has a wonderful birthday (which conveniently falls on a Saturday this year), and we wish him luck for the upcoming year!

Shraddha Kapoor celebrates her birthday with her rumoured beau ...