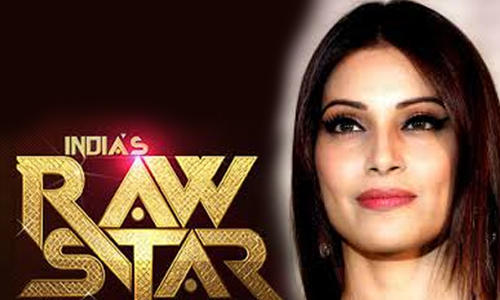 Star Plus' singing reality show India's Raw Star is grabbing the attention of its audience with the singing talent of the contestants. Well, earlier we reported that Bollywood diva Priyanka Chopra made her presence felt her on the show and also engaged the viewers by making rap singer Honey Singh sing the popular foot tapping song Lungi dance in a peculiar way. Now Bipasha Basu too has come on the show to promote her upcoming horror flick Creature 3D.

Reality and talent shows have become a platform for the audience to promote their movies. It's fun to watch the celebs in shows like Comedy Nights With Kapil, India's Best Cine Stars Ki Khoj, Jhalak Dikhhlaa Jaa Season 7 and more.

When celebs make their appearance on these reality shows audience's always get to see some funny and interesting moments on the show.

Like Priyanka Chopra, we are sure that Bipasha too will engage the viewers by doing some unusual act.

9 years ago Sallu best of luck 4 "Bodyguard" we are ready to watch on wednesday.
I heard that you are going USA for surgery tomarrow. feel sorry

"WISHING YOU A SPEEDY RECOVERY" our prayers with you. luv you Sallu

9 years ago Salman is an intelligent person to choose the healthy option... the youth has a lot to learn from him... good going Salman God Bless u in huge amounts . Amen.

9 years ago Awww just love u Waiting for bodyguard Now